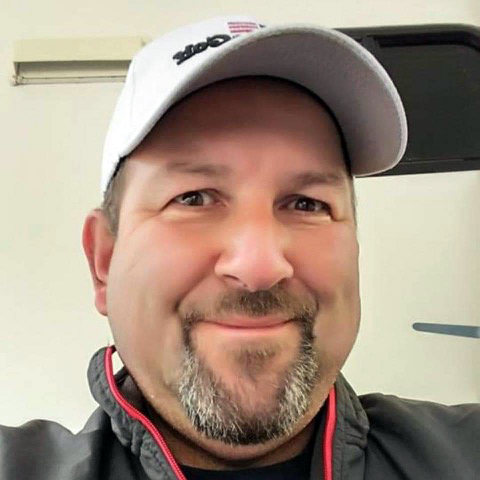 After a valiant battle, Mark Albion Creamer, 57, passed away at Maine Medical Center on Dec. 22, 2021 with his beloved wife Kim at his side. He was the youngest child and only son of the late Perley and the late Joan Creamer, of Newcastle. Mark grew up across from the Clayton V. Huntley Jr. Fire Station, joining the department in 1982 and eventually serving as deputy fire chief. He started his 27-year career as an emergency dispatcher with the Lincoln County 911 Communication Center in 1994, becoming shift supervisor five years later.

In 2002 while camping, Mark met his future wife Kim when she and her best friend Peggy Whitman were visiting friends at a local campground. From then on, Mark and Kim were inseparable, getting married in 2003 to make their families one. Besides camping with family and friends, he also enjoyed music, golf, playing drums, he was an avid lifelong fan of the Boston Bruins and he enjoyed NASCAR. He was a gifted mimic, could more than hold a tune, and was known for a wicked sense of humor. Family was his greatest love. He was a devoted husband, father, brother, and proud papa of two grandchildren.

Relatives and friends are invited to join the family for a service to celebrate Mark’s life at 11 a.m. on Saturday morning, Jan. 8 at St. Patrick’s Church (masks will be required), 380 Academy Hill Road (near the intersection of Academy Hill Road and Pond Road), Newcastle. The Rev. Richard Newell will officiate.

Should friends so desire, donations may be made in Mark’s memory to the Mark Creamer Public Safety Scholarship, c/o The First, P.O. Box 940, Damariscotta, ME 04543; or the Newcastle Fire Company, P.O. Box 270, Newcastle, ME 04553.