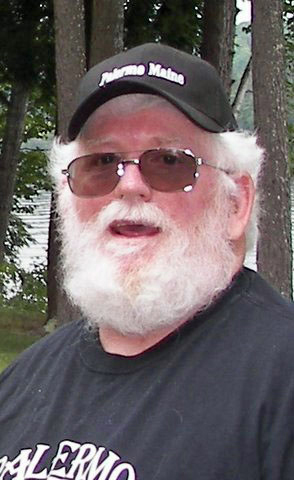 Mark E. Pilsbury, 67, of Palermo, died Jan. 15 at the Gosnell Hospice House in Scarborough following a brief, yet courageous battle with leukemia. Mark was born in Augusta on Sept. 2, 1949, a son of the late Ralph K. and Frances F. (Farrell) Pilsbury.

He grew up in Palermo and graduated from Erskine Academy, class of 1969. Shortly after graduation, he joined the Air Force and was stationed in Turkey, Colorado, and Las Vegas, Nev., during his four-year service to our country.

In June of 1972, Mark married Gail Hathorne of Gardiner, and they had two children.

A lifelong communicant of St. Michael Parish, Mark worked for the State of Maine, Walmart in Augusta, and Togus among other places during his time with us.

Mark was an avid hunter in his younger years, and has bragging rights as a member of the “Biggest Bucks in Maine” club. He also loved to fish on Branch Pond, Sheepscot Lake, and other secret fishing holes he would never divulge. A friend of Bill W., Mark was very proud to be sober for over 30 years. Despite facing several challenges during his life, Mark always had a positive attitude and a unique way of looking at life, even facing his disease with a practical outlook and a sense humor during his final days.

Mark was predeceased by his parents; and daughter, Rebecca Pilsbury.

He is survived by son, Christopher Pilsbury of Augusta; sister, Jane Hussey and husband W. Carr Hussey of Vassalboro; brothers, Ralph Pilsbury and wife Susan of Damariscotta and Land O Lakes, Fla., Peter Pilsbury and wife Natalie of Turner, Joseph Pilsbury and companion Patsy Glidden of South China, and Thomas Pilsbury and husband Stan York of Palermo; aunts, Sally Pilsbury, and Mary Lou Pilsbury, both of Augusta; as well as several nieces, nephews and cousins. He also leaves behind his best buddy and constant companion for almost 10 years, his cat Jinx.

The family encourages friends and relatives to donate blood if and when they can in order to help others in need.

At Mark’s request, there will be no public visiting hours. A graveside service will be held later this year at the Branch Mills Cemetery in Palermo, when the birds are singing and the flowers are in bloom.