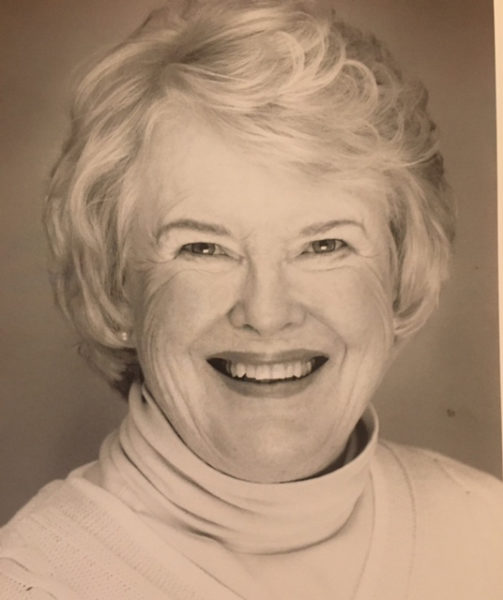 Mary Bartlett Reynolds, of Topsham, formerly of Newcastle, died Oct. 18 in Duxbury, Mass. She was born Oct. 20, 1930, in Norwood, Mass., the daughter of Sue Bartlett and the Rev. Robert Merrill Bartlett, and spent her childhood years in Longmeadow, Mass. and Lansing, Mich.

She attended the Walnut Hill School and was a graduate of Pine Manor Jr. College in Wellesley.

Later she obtained a B.A. degree from Muskingum College and a M.F.A. from Yale University School of Drama. Music and acting were her great loves and she performed with fine choirs, chorales, and amateur theatrical groups throughout her life.

After drama school and while living in New York she toured with the Maurice Evans’ production of George Bernard Shaw’s “The Apple Cart.” She played leading roles in many Gilbert and Sullivan operettas, beginning in Cambridge with the Harvard University Gilbert and Sullivan Society, then with a professional company on the road, and at the Lincoln County Community Theater in Damariscotta.

Most recently she appeared as Queen Victoria in the Lincoln Theatre production of the “Pirates of Penzance.” She took part in numerous local television commercials and films.

Mary was a member of the Tapestry Singers in Lincoln County, the Sheepscot Valley Chorus, and the Mills Girls, performing at women’s groups, nursing homes, and parties. She sang, too, with the St. Andrew’s Episcopal Church choir in Newcastle. She was fond of Appalachian folk music and excelled at the autoharp. She loved Noel Coward and Cole Porter songs, and the rest of the Great American Song Book.

Mary traveled widely in Europe and was privileged to perform in concert with the Yale University Alumni Chorus in China, Russia, England, Argentina, Chile, and Cuba.

She was an ardent gardener and flower lover. Her zest for life and joy, passion, and beauty were evident in all she did and to all who knew her. She had a profound affection for animals and children who naturally gravitated to her warm and loving spirit. Her home in Newcastle, where she lived from 1989 until her move to Topsham, bordered Damariscotta Lake where she swam every summer day the sun shone, and sometimes in the rain.

This coming summer the family plans a Maine celebration of Mary’s life for her local friends and neighbors. On Sat., Nov. 19, 11 a.m., in Duxbury, Mass., where Mary had a second home, there will be a service at St. John the Evangelist Church on Washington Street. A reception will immediately follow.

Causes Mary held dear and to which friends might wish to contribute in her memory include the Lincoln County Community Theater, the Damariscotta Lake Watershed Association/Midcoast Conservancy, and the Lincoln County Animal Shelter.