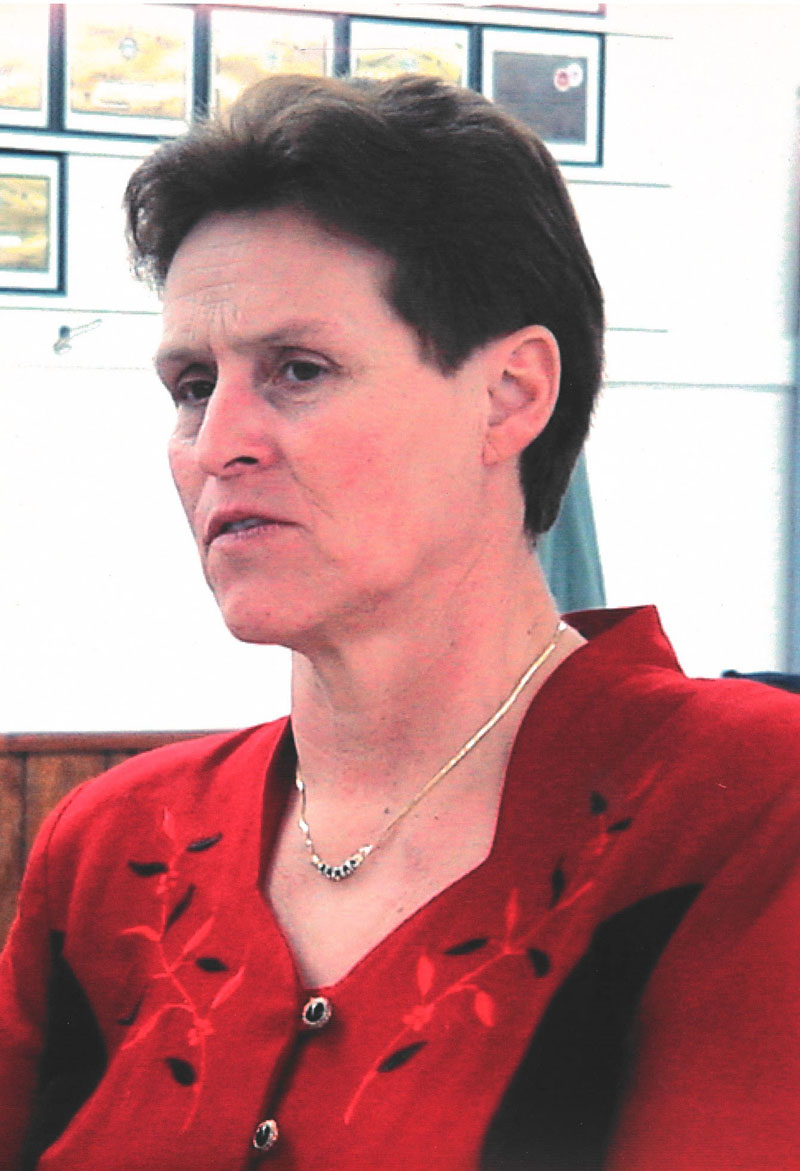 Mary P. Guptill passed away in her home on Tuesday, Feb. 23, 2021 in Nobleboro. She was surrounded by her devoted, attentive, and loving sons, her dedicated and faithful partner of 15 years, and family.

Mary was born on Sept. 15, 1947 in Waldoboro. She attended Waldoboro High School and graduated in 1965. Her hardworking disposition was displayed by the many jobs she acquired over the years, which included digging clams, being a sternwoman and a line worker at Sylvania, and holding many other titles, all before becoming a committed bus driver.

Mary was very well known within the MSAD 40 community and the Nobleboro School District for her 40-plus years of driving the school bus. Although many past and present students remember her as being strict and being the scary bus driver, she was highly recommended by the athletic community for being their “chariot” driver to away games. Many coaches praised how timely, and safely, they arrived to the destination. Parents of athletes expressed how comfortable they were and the sigh of relief they felt knowing their child was in her hands.

Although formally known as Mary, she had other names that she was addressed by; Ma by her sons, Aunt Ma by her nieces, nephews, and many other close friends; Grammie by her grandchildren; and a personal favorite, one that many knew her by in the MSAD 40 community, “Scary Mary.”

She was known as being one of the hardest-working women anyone had come to encounter, but was also defined by her stubbornness, determination, diligence, thoroughness, and tough but oh-so-tender love. Many learned quickly to not question her, as her mind was always working and she always had a set plan.

Mary was passionate about dancing and playing cards, and adored the color red. Although red was her favorite color, she loved the idea of many colors as she had expressed this by painting the rocks along her driveway. There was no pattern to these, and when asked why, she simply stated, “Because I like it, that’s why.”

Her most treasured time was spent with family; her siblings, sons, grandchildren, great-grandchildren, nieces, nephews, aunts, uncles, and cousins. She thoroughly enjoyed taking her grandchildren to see the latest Pixar or Disney movie. She loved having big cookouts, gatherings, and anything that involved lots of laughter and a place where she could use the excuse to make a grand meal. These gatherings also included one of her favorite nights of the week, Wednesday evening, as this was card night. She despised the idea of being stuck at home. Many can remember seeing her out on the road looking for the next adventure or task that needed to be accomplished.

Friends and family are invited to a walk-through visitation for Mary on Sunday, Feb. 28 from 2-4 p.m. at Hall’s of Waldoboro. Masks and social distancing are required. Because of COVID-19 restrictions, the family will hold a private funeral service for Mary.