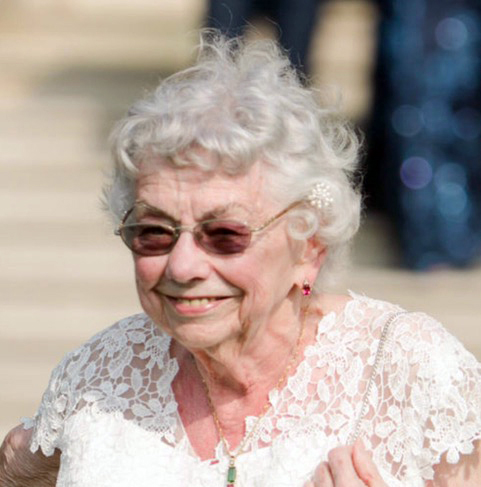 Mary-Ruth Elizabeth Birkland Nelson, age 88, passed away at home early on the morning of Dec. 4, 2019 as the sun rose over Long Cove on Westport Island. Ruth was born on Aug. 23, 1931 in New York City, the only child of Norwegian parents, Sverre and Olena Ovrebo Birkeland.

Raised in Astoria, N.Y. and central New Jersey, Ruth graduated from Rutgers University where she met her husband, John J. Nelson. Ruth and John were married in April 1951 and did more than their fair share of contributing to the baby boomer generation by raising seven children. Earning Masters degrees in education and administration, Ruth worked for the Piscataway, New Jersey school district. Starting as a substitute teacher in 1964, and then a full time second grade teacher in 1967, she advanced through the administration ranks and retired in 1991 as the assistant superintendent.

Although Ruth spent most of her life in New Jersey, she and John had a special love for the State of Maine. She made childhood trips to Maine to visit relatives and her parents told her Maine reminded them of Norway. Summer vacations camping at Popham Beach became a Nelson family tradition, and in 1967 John and Ruth purchased property with a small cabin on Westport Island. After retirement they moved from New Jersey to Damariscotta, later building their dream home on the Westport Island property.

A mother, educator and public servant, Ruth was very active in community affairs on Westport Island, serving as chairperson of the planning board and treasurer of the Westport Community Association. She also was active on a variety of other committees and was instrumental, along with John, in the completion of the Wright’s Landing project. Ruth was recognized for her outstanding community service with the 2012 Westport Island, Maine Spirit of American Foundation tribute. She immersed herself in the history of the island and was more than happy to share her knowledge with anyone who was interested.

Ruth was predeceased by her parents, Sverre and Olena Birkeland; and her husband of 63 years, John.

She is survived by her seven children: son Eric (Ann) of Honeoye Falls, N.Y., son, Bruce (Sherre) of Manaus, Brazil, daughter, Caryl (Dennis) of Lethbridge, AB, Canada, son, John (Lynn) of Arlington, Va., son, Robert (Jean) of La Jolla, Calif., son, Rolf of Boxborough, Mass., and daughter Susan of Madison, Wis. She is also survived by 16 grandchildren; and four great-grandchildren; the youngest of who was born the day before her passing.

There is no service planned at this time. Her children plan to celebrate her life with a memorial service in the spring or summer of 2020 at the Historic Church next to the Westport Island Town Hall.