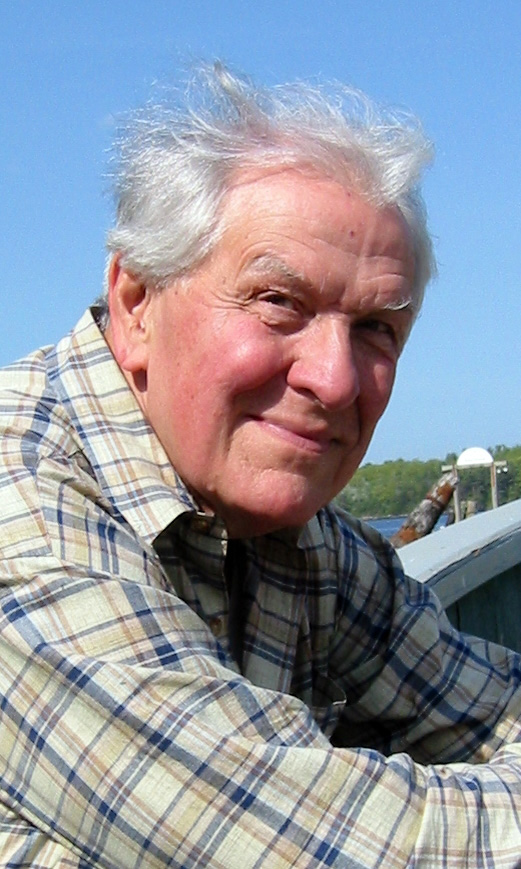 Merlin is survived by his beloved partner of 15 years, Cathy Eagleson, also of Rockport; his daughter and son-in-law, April Smith and Eric Ziegler; his grandchildren, Susan Ziegler and Evan Ziegler, of Lexington, Mass.; and his son, Derek Smith, of Biddeford. Elinore Klein Smith, Merlin’s wife of 48 years, passed away in 2003.

Merlin loved life. He had a brilliant and curious mind, which led to the pursuit of a great many interests both professional and personal.

Merlin’s boyhood fascination with electricity inspired a long career in electrical engineering. After earning a BSEE from the University of Cincinnati and a MSEE from Columbia University, Merlin worked at IBM Watson Lab in Yorktown Heights, N.Y., for 39 years. There he managed the team that developed the Field Effect Transistor (FET) – the core building block of modern computer chips – and implemented its Large-Scale Integration (LSI) program.

Merlin was an extremely active volunteer in the IEEE Computer Society, serving in many capacities, including president from 1977-78. At that time, he was part of an early delegation to China to learn about that country’s computer technology. Merlin was a member of IEEE since 1947, and an IEEE fellow.

After retiring from IBM and moving to E. Boothbay, in 1992, Merlin quickly filled his days pursuing his interests. A life-long gardener, he spent the warmer months in his yard tending flowering trees, shrubs, and endless perennials. He volunteered with many gardening groups, most notably the Coastal Maine Botanical Garden (CMBG), serving on the board and executive committee. He also got his hands dirty installing many plant materials, especially Rhododendrons.

Merlin began painting prolifically in retirement, studying oil and watercolor. He exhibited at several venues including Round Top Center for the Arts, Maine Art Gallery, Boothbay Regional Art Foundation, Aldermere Farm Art Show, and others. He also served in executive officer roles for both Round Top and the Maine Art Gallery.

Merlin spent his final years with Cathy. They enjoyed painting and gardening together, playing tennis, singing in choir, traveling, and having many wonderful adventures.

A memorial service will be held at a future date.