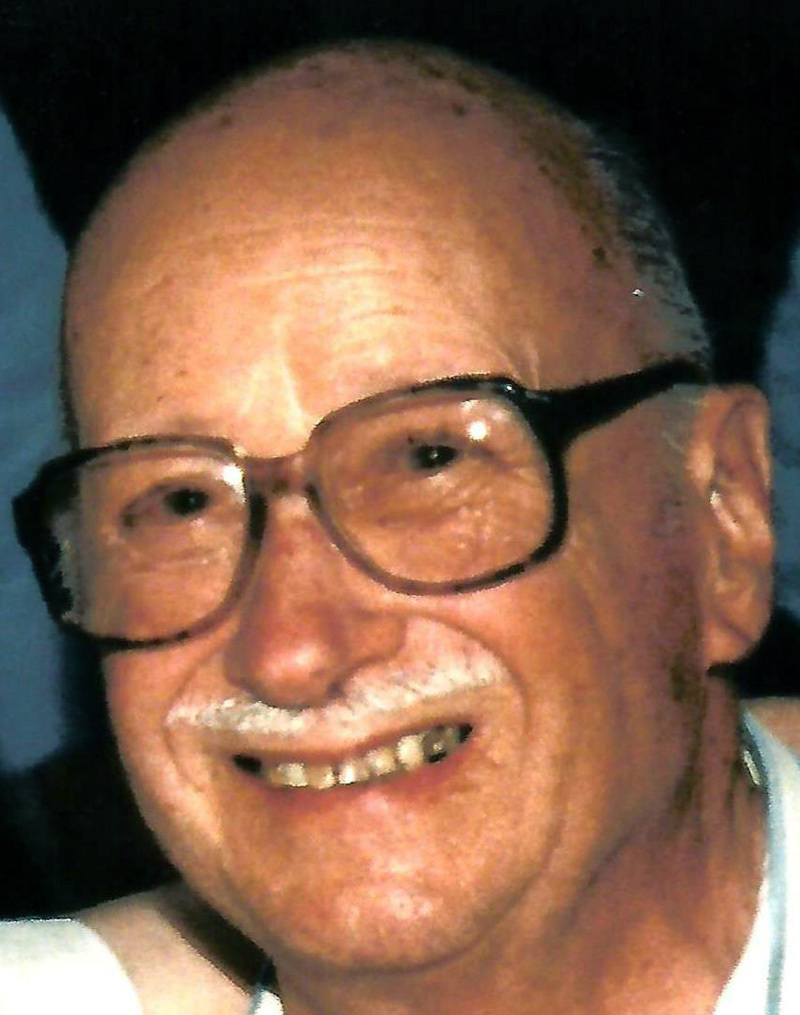 Merrill Shea, 99, passed away peacefully at the Lamp Memory Care Center in Lisbon on June 20.

Merrill was born in 1917 in Queens, N.Y., and grew up in Tenafly, N.J., and Brooklyn, N.Y. In his early childhood he showed a vocal talent and passion for music by singing in the boys’ choir at Grace Episcopal Church in Brooklyn. Because of family difficulties due to the Great Depression he began working early and was unable to finish high school, but nonetheless achieved a distinguished career in music, as both a performer and a teacher.

In 1940, on his way to the Midwest to further his vocal studies, he stopped in Lake Placid, N.Y., to earn much-needed money for the trip. There he met Margaret Higginbotham in a church choir, and decided to stay. They were married in 1942 and moved to the New York City area, where Merrill was selected as one of the members, and frequent tenor soloist, of the Men’s Glee Club at Radio City Music Hall. He also sang in Eddie Cantor’s Broadway show Nellie Bly, performed at Paper Mill Playhouse in Milburn, N.J., and served as a professional soloist at churches in New York.

Wishing to provide a better environment for their children, in 1951 Merrill and Margaret moved to Maine (where Margaret’s family were long-time summer residents) and settled in Auburn. Merrill continued in his musical profession with a radio program on WLAM, as Hebron Academy’s Glee Club director, as soloist at Court St. Baptist Church, where he eventually directed five choirs, and as supervisor of two private music academies in Lewiston.

In 1954 Merrill began teaching music in a number of school districts in Androscoggin and Oxford counties. He was active and held offices in the Maine Music Educators Association, including a term as president, and was the much-beloved manager of the All State Chorus for many years. His last position before retiring was as supervisor of Music in MSAD 40 in the Midcoast area. He continues to be remembered fondly by thousands of students.

After “retirement,” Merrill kept quite busy with volunteering and with jobs. He continued his role as a friend and mentor to young people by first driving children and then being asked to serve as education director for the Bath Area Head Start program in the 1970s, and in the 1980s he was named director of the Maine State Boys’ Choir in Rockland. He took children seriously and encouraged them to do their best and to excel, but he always made music fun.

After several years of driving all over Maine as a courier for Key Bank, Merrill became a regional director of the Maine Association of Retirees, where he helped to organize regional meetings. Through these activities Merrill indulged in two of his non-musical passions – driving Maine’s back roads and meeting new and old friends throughout the state.

Merrill and Margaret also enjoyed traveling farther afield, including several trips to Canada and to the British Isles. But they took their greatest pleasure in the many quiet days spent together at the home they had built for their retirement near Damariscotta Lake in Jefferson – and in the frequent invasions of family and friends there. They loved living in Bunker Hill, where Merrill was an active member of the Bunker Hill Community Club (previously the Grange) and the Jefferson Historical Society.

The last few years of their lives together Merrill and Margaret lived at Lincoln Home in Newcastle, and Merrill continued his musical pursuits as a soloist – into his 90s – in local productions. Most recently, after Margaret’s passing, Merrill lived at the Lamp Memory Care Center in Lisbon, where he enjoyed the closeness of family and kept everyone around him smiling until his last days.

He was predeceased by his wife of 70 years, Margaret Higginbotham Shea, in 2013.

He is survived by children, Merrill Shea of Brookline, Mass., Joanne Bollinger of Auburn, Nancy Shea of Portland, and Peter Shea and Suzan Smith of Northfield, Mass; and grandchildren, Ben and Anna Low of Auburn, Rebecca Low and Turk Babb of Brunswick, and Simon and Kendra Shea of Seattle, Wash.

A memorial service will be determined at a later date. Those wishing to be kept informed should email merrillsheamemorial@gmail.com.

Friends and family are invited to share their memories and offer their condolences by visiting Merrill’s online guestbook at www.crosmanfuneralhome.com.