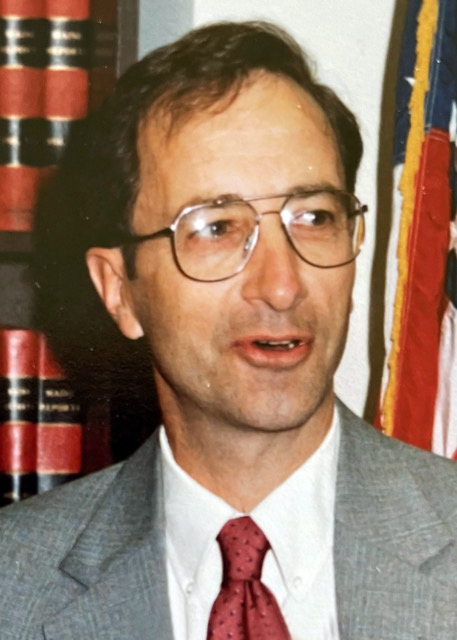 Michael N. Westcott, devoted husband and father and retired lawyer and judge, died due to metastatic melanoma at the age of 82 on Dec. 1, 2022, at his home in Damariscotta. Michael sought justice for others until his dying day, passionately proposing from his sick bed that he write a letter to the editor regarding the “criminal” undercompensation of the Certified Nursing Assistant who attended to him daily. Throughout his life, he made significant contributions to the legal and judicial system, served on numerous committees and boards, and generally strived to make the world a better place.

Michael grew up in Pennsylvania, the younger son of Richard and Mary Westcott. He planted roots in Maine while attending Camp Kieve in Nobleboro annually as a camper and then a counselor, and later attended Colby College in Waterville. Mike met his wife Dawn while attending Temple University, from which he graduated with a degree in law. The couple started his law practice together in Damariscotta in 1967, two years after having relocated from Pennsylvania to Maine.

Michael’s use of his law degree evolved throughout the years, ranging from running an independent law practice; partnering with Arthur E. Nissen and later John J. Lynch; working at the Public Utilities Commission; acting as Assistant Attorney General in the consumer fraud and criminal divisions; being appointed as Lincoln County District Court Judge; and finally, serving as Chief Justice of the District Court. Throughout his career, his hope was to help others and to do his part to leave organizations better than he had found them.

Michael was sarcastic and perfected eye-rolling dad humor early on in his fatherhood career. He helped his youngest daughter learn to “dance” while riding on his oxford shoes, served as a model during impromptu salon make-up parties, attended softball and field hockey games, and played endless hours of catch with her in the front yard. Michael devoured reading materials of all kinds, and succeeded in fostering a similar love of reading in his daughters.

Mike enjoyed the outdoors and being active. He was happiest when he could combine the two, which is part of why he cherished time spent with his family at their rustic Louds Island cottage. Mike enjoyed canoeing, hiking, backpacking, snowshoeing, kayaking, and playing tennis for as long as his joints cooperated. In retirement, Michael loved feeding the birds and watching “bird TV” out his kitchen window, regularly updating his daughters of daily visitors during evening telephone calls. Late in life, he developed a taste for dark chocolate and dark Nordic procedurals that held a steady place in his streaming rotation. (It should be noted that although it was nearly impossible to get Mike to stock up on paper towels or other practical household items, he had an entire drawer devoted to his dark chocolate stash, which contained 43 bars at last count). Michael adored his naughty granddog Hattie, and was happiest in the morning sipping his coffee as she lay sprawled across his lap.

Michael was thankful for a big circle of kind friends, neighbors, and colleagues who brought him dinner, drove him to medical appointments, took him on outings, dropped off lobsters, met him for lunch, and called to check in throughout his illness. He was preceded in death by his parents, his older brother, Richard J. Westcott, and his wife of 55 years, Dawn. He is survived by his two daughters, Olivia and Helena; Olivia’s husband, Jeremiah McCall; and granddogs, Theo and Hattie.

In keeping with Michael’s wishes, there will be no service. If you wish to honor him, please consider a donation to the Ecumenical Food Pantry, P.O. Box 46, Newcastle, ME 04553, newcastlefoodpantry.org.