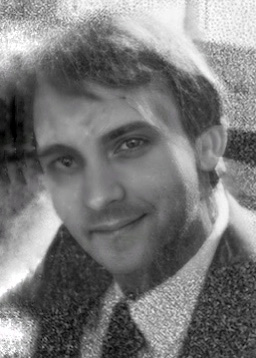 Michael T. Bucci was born in 1947 in Atlantic City, N.J. He attended Berklee School of Music in Boston on a scholarship from Down Beat Magazine in 1965, as well as Milwaukee School of Engineering and Castleton State College in Vermont. Bucci taught experimental music in six Boston-area high schools in the early 1970s on a federally funded Title VI grant and produced “sound collages” for radio station WBUR in Boston.

In the 1970s he was assistant director of the Atlantic City Library System, taught audio-visual production at Atlantic City High School, and independently produced educational audio-visual productions for New Jersey school districts documenting their federally funded Title I and early childhood programs. In 1976, he was awarded by the American Library Association for producing “The Best Public Service Announcement in a Small Market.”

In 1985, Bucci married watercolor artist Rebecca Lublin in the same year he was diagnosed with multiple sclerosis. Media Arts was dissolved and reemerged as The Michael Thomas Group with emphasis on print and public relations. Michael and Rebecca Bucci were principals of the company. Clients included larger non-profit organizations, and private education and religious institutions in the Philadelphia area.

During the 1990s, Bucci authored The Cerithous Material, a nine volume set focused on practical spirituality. He continued to compose music for private enjoyment.

Bucci moved to Lincoln Count in 2000, 11 months after his wife’s death. In 2002, he received the Golden Web Award for producing rebeccabucci.com, a website honoring his wife and her watercolors. He was an inveterate letter writer to Maine newspapers, championing human and civil rights, environmental protection, pacifism, nuclear disarmament and social-democrat ideals. He was a weekly commentary/opinion writer for Coastal Journal Midcoast Maine edition before the paper closed, and was a member of the National Multiple Sclerosis Society Maine Government Relations Committee.

He was predeceased by his loving wife Rebecca. Michael is survived by friends near and far who will miss him greatly.

Arrangements are under the direction and care of the Strong-Hancock Funeral Home, 612 Main Street, Damariscotta, ME 04543. Condolences, and messages for his friends, may be expressed by visiting stronghancock.com.