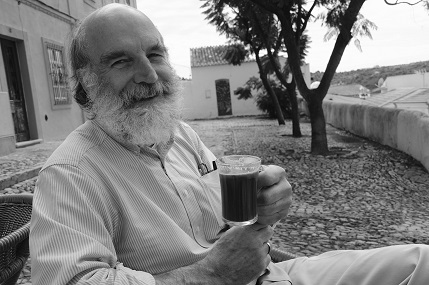 Morrison McKelvy Bonpasse died in the Special Care Unit at Maine Medical Center on Friday, June 7, 2019. He was born the third child and first son of Frances and Morrison Bump on Nov. 22, 1947, the day of the Harvard-Yale football game.

Morrison had an idyllic childhood growing up in Duxbury, Mass., with his many Kelley family cousins. The Duxbury Yacht Club was the center of summer activities where Morrison, a gifted athlete, participated in golf, tennis, swimming, sailing and social events. His grandparents’ waterfront home on Washington Street was often the center of family life and celebrations including Thanksgiving, where over 25 relatives gathered with two turkeys and a large children’s table.

Morrison was a graduate of Phillips Academy Andover, where he was editor of the Phillipian, the campus newspaper and the oldest preparatory school newspaper in the country. At Yale University, he was inspired by his studies in the global consequences of population growth and the work of Professor Lincoln H. Day and his wife Alice T. Day. Morrison became a lifelong member of Zero Population Growth (now The Population Connection), chair of Yale’s chapter and later of the Massachusetts chapter, and in 2015, the author of “Too Many Humans: The Imperative to Return to a Human Population of One Billion.”

From 1968 to 1970, he served in the United States Army, Tenth Special Forces Group (Airborne). He held advance degrees from Boston University School of Law, where he met the love of his life, Leah Sprague, in their federal taxation exam in January of 1975, and from Northeastern University and Babson College. He worked for a number of years for Digital Equipment Corporation, where he managed contract labor acquisitions. After leaving DEC, he established a temporary services company, moving it to Maine in 1999 as Maine Staffing Services. With his wife, he found tremendous satisfaction in the life and community of historic Sheepscot Village, spending his spare time nurturing the fields and woodlands of their eighteenth-century farmstead and taking pride in knocking on the doors of new neighbors to welcome them to this special place.

It was in retirement that his lifelong intellectual quests found fruition. He reinvigorated the moribund Lucy Stone Society, dedicated to preserving name choice freedom, particularly for married women. In 2003 he founded the Single Global Currency Association, espousing the views of Robert Mundell and other economists that globalization and economic integration will eventually require a “world currency,” at least among the largest industrial nations. Beginning in 2008, he published “The Single Global Currency: Common Cents for the World,” with eight editions. For the past 15 years, he devoted his life to the exoneration quests of a number of individuals whom he believed to be unjustly convicted. He was the author of “80 Proposals to Stop Wrongful Convictions;” “Perfectly Innocent: The Wrongful Conviction of Alfred Trenkler;” and “Eye Contact: The Mysterious Death in 2000 of Kassidy Bortner and the Wrongful Convictions of Chad Evans and Amanda Bortner.” He believed strongly in the innocence of Dennis Dechaine and visited him weekly at the Maine State Prison.

He was a loving and attentive “Bonpa” to his three granddaughters, Madeline, Cameron, and Sophie, in whom he nurtured a commitment to intellectual curiosity and the need to live a life of purpose. He looked forward to their time with him in “The Big House” in Sheepscot, deploying the Sheepscot air force on the screen porch, playing Scrabble and checkers, and creating memories at the big dining room table and on the backyard tire swing. Summer vacations were adventures spent with “the girls” in such places as Boston, Montreal, Mont Tremblant, Trapp Family Lodge, and the Basin Harbor Club on Lake Champlain. Winters were spent on the back roads of southern Europe or on Tybee Island in Georgia, where Morrison made close friendships.

Morrison was predeceased by his parents and a sister, Barbara Morrison Bump, who died of Glioblastoma Multiforme IV in 2003. For the last year of her life, Morrison commuted between Maine and Boston several times a week to manage her care. Thus it was with great sadness when he, too, was diagnosed with the same grim disease in March of 2017.

He is survived by his wife of 41 years, Leah Sprague of Sheepscot; stepson, Whitney Sean Crothers of Auburn; stepdaughter, Lauren Crothers Simard and husband Kurt of Newry; granddaughters Madeline Simard of Boulder, Colo., and Cameron and Sophie Simard of Newry; big sister, Cindy Bump Tourte of Walnut Creek, Calif.; brother, Lawrence Bump of Thomasville, N.C.; and numerous cousins, nephews, and nieces. To his sisters-in-law Marsha and Ann Sprague, he was always the big brother they never had.

Burial will be private. Morrison asked not for a memorial service but a memorial party, which will be scheduled at a later date.