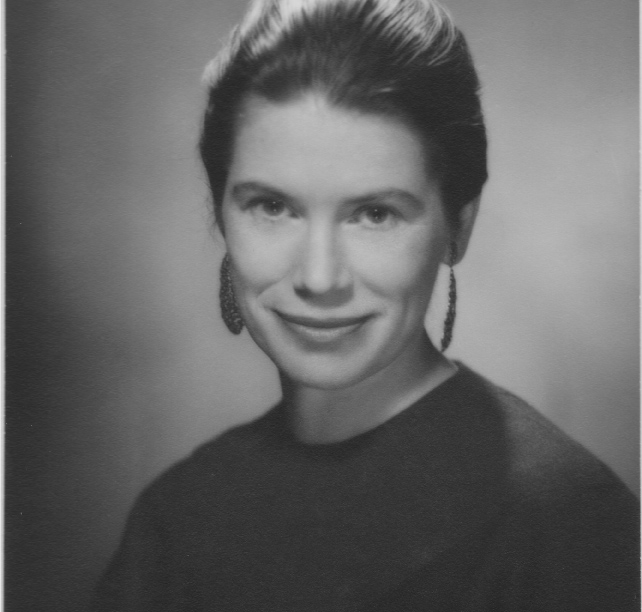 Nancy Gascoigne Richards, of Alexandria, Va. and Newcastle, died on May 25, 2022, at the age of 99 of natural causes in her home in Alexandria. For decades she had been an activist and community leader in the cause of historic preservation, a natural outgrowth of her family’s antiques business.

Mrs. Richards was born on Dec. 14, 1922, in Brooklyn, N.Y., the eldest child of George and Myrtle Gascoigne. Prior to the Great Depression, her father was a prominent real estate broker in New York and Westchester County, where she attended Rye Country Day School.

Her family began to rent summer residences in Newcastle and Damariscotta in her early childhood, and for 90 straight years, Mrs. Richards has never missed a summer here in Lincoln County. A photograph of her riding in the 1937 Memorial Day parade in Damariscotta with her future husband Thorpe Richards dressed as king and queen with the banner, “Get that Royal Feeling Drink Round Top Milk,” is on display as part of the history of the Round Top Ice Cream Stand in Damariscotta.

At the height of the Great Depression, the Gascoigne family rented out their home in Rye, and moved year-round to Maine. Myrtle Gascoigne then opened Thomaston Antiques at 36 Main St., which was a well-known venue for many years that provided Mrs. Richards with early training in the antiques trade. After high school, Mrs. Richards attended the University of Maine, where she arrived, so the story goes, in a convertible driven by Thorpe Richards, Rufus, Douglas, and Donald Stetson, and Cracky Page, who wanted to make sure she was protected from the wiles of other men on her way to college. The spectacle of the carload of handsome young men from Damariscotta and Newcastle delivering Nancy to Orono gave her instant social cachet at the women’s dormitory.

After World War II she moved to New York City to live with her friend from Newcastle, Suzanna Wilson (Coggeshall), daughter of Frances Perkins, and embarked on a career in fashion photography working as office manager for photographer Milton H. Greene and later Otto Maya, as well as occasional modeling.

In 1951 she married Thorpe Richards, her childhood sweetheart and neighbor in Newcastle. The couple moved to Alexandria, Va. She continued her annual pilgrimages to Newcastle where she, and her brother, Robert Gascoigne, had opened a branch of her mother’s thriving antique business in the Glidden-Austin Block on Route 1. By doing so they saved that landmark property from being torn down and replaced with a service station. Ultimately, Maine Antiques with its sign advertising “19 rooms of Antiques” became a landmark in its own right, consolidating all of Myrtle Gascoigne’s shops in one location which was featured in National Geographic and Down East Magazine. Mrs. Richards and her children worked at “the shop” during the summer seasons until 1978 when her mother’s failing health led to a massive multiday, on-site sale of the contents at auction, and the building was ultimately sold to Kaja Veilleux.

In Alexandria she renovated several historic properties as homes for her growing family. Drawing on her knowledge of antiques, Mrs. Richards became a grass-roots activist for the cause of historic preservation, serving active roles in the Alexandria Association, the Old Town Civic Association, and the Historic Alexandria Foundation. In 1960 she was one of the Alexandria “housewives” who led the effort to “Save Our Safeway,” which preserved a walkable grocery store in Old Town Alexandria. In 1964 she was the original board secretary of the Northern Virginia Fine Arts Association during its formation and acquisition of the Athenaeum in Alexandria as a chapter of the Virginia Museum of Fine Arts.

In 1970 the Richards moved to their family home Annapolis, Md., where she continued her work in historic preservation as a member of the Board of Historic Annapolis, Inc., the Hammond Harwood House, the Chase-Lloyd House, and a charter member of the Londontown Foundation, providing expertise and leadership on the furnishing committees of all those museums.

She is predeceased by her husband of 62 years, John Thorpe Lawrence Richards, and survived by three daughters, Mary Tolley Bartlett, of Chevy Chase, Md., Margaret Gracie Coit, of Cape Elizabeth, Frederica Gore King Struse, of Annapolis, Md.; and a son, John Thorpe Lawrence Richards Jr., of Alexandria, Va.; together with eight surviving grandchildren and 10 great-grandchildren, and beloved nephews and nieces.

A memorial service is planned at 2 p.m. Friday, Aug. 5 at St. Andrew’s Episcopal Church on Glidden Street in Newcastle.

In lieu of flowers, the family wishes any remembrance to be sent as a donation to St. Andrew’s Church or the Coastal Rivers Conservation Trust.