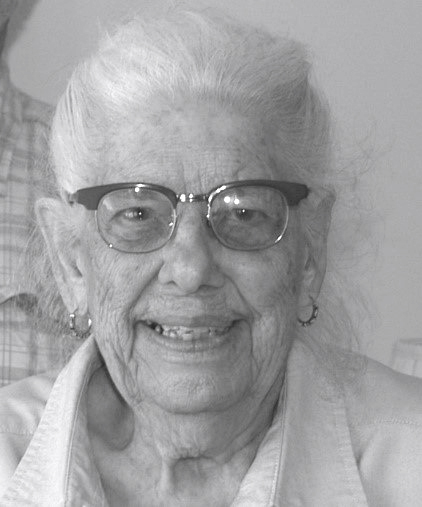 Nancy Penniman, 94, of Friendship, passed away peacefully in her sleep on March 30, 2019, at the Knox Center for Long Term Care in Rockland.

Nancy was born on Dec. 27, 1924, in Brooklyn, N.Y., to Jean and Alfred Boudreau. She spent her childhood in Somerville, Mass., and later worked at Kemper Insurance in Boston, Mass., where she met her husband Arthur L. Penniman. They were married on June 24, 1950, in Brookline, Mass., and lived for several years on Beacon Hill before moving to Friendship in 1956.

She was an excellent cook. Nancy was well known for her wedding cakes, cinnamon rolls and for her dinner rolls. She made beautiful braided rugs, which she donated to many community fund raisers. Nancy enjoyed gardening, and was especially fond of gladiolus and lupines.

She is predeceased by her beloved husband of 48 years, Arthur L. Penniman. She is survived by her son, Clayton Penniman and wife Chris of Old Lyme, Conn., and by daughter Melinda Carlson and husband David of Gorham, N.H., as well as two grandchildren, Eric Penniman and Ben Carlson. She is also survived by her sister Fay Bragan and husband Bob, and their children Edward Bragan and Jean Bragan, and her step-granddaughters, Suzanne MacLeod and Stephanie MacLeod.

A graveside service will be on Saturday, May 18 at the Village Cemetery in Friendship at 11 a.m.

Donations in her memory may be made to the Resident Activity Fund, Knox Center, 6 White St., Rockland, ME 04841.

Arrangements have been entrusted to Hall’s of Waldoboro.