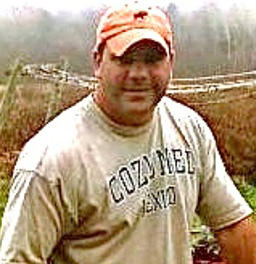 Nate was born Jan. 14, 1974 in Rockport to Marie and Wayne C. Miller. He graduated from Medomak Valley High School in 1992. Nathan never married but had two beautiful daughters, Miranda and Danica Miller.

Nate was a father, son, brother, uncle, and cousin but he was most well known as a friend to everyone he met. Nate was rugged and widely known for his physical strength and picking up really heavy things. He was athletic and was a Class A state champion wrestler his senior year.

Nathan was a craftsman of the outdoors, especially with wood and rocks. He was a woodsman and a jack of many trades. He worked for his dad’s business, Miller’s Firewood, for several years and was a skilled laborer for his brother, Jared. Nate worked for himself and so many family relatives, friends, and acquaintances. His true talent, love, and craft was stonescape, and he enjoyed doing walls, fireplaces, and walkways.

Nate will be remembered for his funny, friendly, and playful nature. He strove to find joy in the simple pleasures in life and was always easily amused by little things. He lived with gratitude and enjoyed the small daily victories. These very traits made him quite lovable to so many and he will be so incredibly missed by all.

He was predeceased by his father, Wayne C. Miller, who passed in 2015; his oldest brother, Brian Miller in 2010; grandparents, George and Madeline Miller; and his great-uncle, Spencer and great-aunt Evelyn. We know he was welcomed at heaven’s gate.

Sadly at this time there will be only a private graveside service for immediate family only. A remembrance celebration at camp will be held this summer.