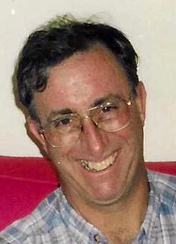 Mr. Clapp was born July 22, 1945 in Boston, the son of Mary Loring Clapp and Nathaniel Dudley Clapp. The youngest of three children, his childhood was spent in Prides Crossing, Mass. among many cousins and family. From his parents who were avid sailors, Nat developed a passion for the sea and sailboats that endured throughout his life. Nat was also an excellent skier and spent several winters working as a member of the National Ski Patrol. He went west to college at the University of Denver and graduated with a degree in history from Franklin Pierce College in New Hampshire.

In 1969, he married Hester Coolidge and they were married for 51 years. Nat and Hester spent their first year of marriage in Okayama, Japan teaching English at various schools, colleges, and businesses. Radiating kindness and his natural ability to put people at ease, Nat excelled in the classroom. After traveling home through Russia and Europe, he earned a master’s in education at Boston College. Nat, however, chose to enter the family business with his father and older brother, where he was vice president at the Wakefield Corp. for 30 years. He was a natural salesman and enjoyed traveling.

After retiring in 2001, Nat’s passion for the sea led him to train as a marine surveyor. He went on to found Vigilant Marine Survey Co. A happy choice for such a boat lover, he spent the next 10 years inspecting boats and boatyards up and down the New England coast.

Nat has been a longtime resident of Ipswich, where he was a volunteer at many North Shore organizations. Additionally, he enjoyed spending time at their summer home in Friendship, sharing boats and visits with family and friends and engaging in the local community.

Nat was deeply dedicated to his family. Always maintaining that his greatest achievements were his sons, Samuel Coolidge Clapp and Charles Parsons Clapp, he took great pride in them and adored their wives, Stacy and Caroline. As someone who was very child-oriented, Nat also got great pleasure from his four grandchildren, Morgan Loring Clapp, Alexander Coolidge Clapp, Charlotte Couvillon Clapp, and Robert Orr Clapp. In addition to his wife, children, and grandchildren, Nat is also survived by his sister, Katherine Ruhl; and six nieces and nephews. His brother, David Dudley Clapp, passed away this past summer.

Nat will be remembered for his kindness, concern for others, generosity, and endless supply of old jokes.

A memorial funeral service will be held at a later date.

Contributions in Nat’s honor may be made to the Maritime Gloucester Museum, 23 Harbor Loop, Gloucester, MA 01930 (maritimegloucester.org); or to the Custom House Maritime Museum, 25 Water St., Newburyport, MA 01950 (customhousemaritimemuseum.org)

To send a condolence to his family, please visit whittier-porter.com.