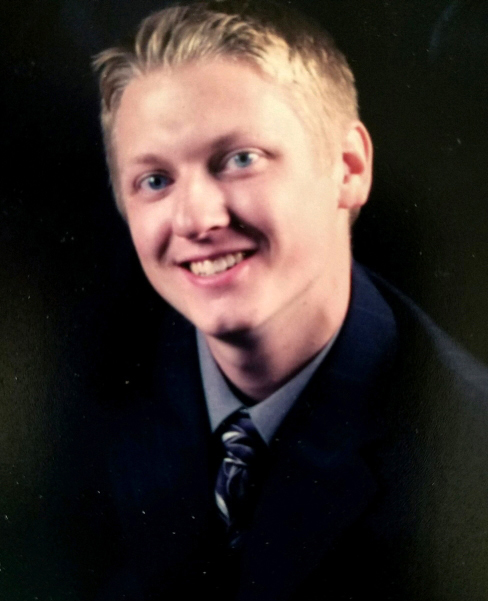 Nicholas was born in Lewiston to Bryan Ouellette and Doreen Damon. Growing up, he attended Lewiston schools, graduating from Lewiston High School in 2002. He continued on to Bentley College in Waltham, Mass. with a presidential scholarship, graduating with a bachelor’s degree in finance in 2007.

He continued to reside in the Boston area where he worked for Fidelity Investments until the financial crash in 2009. Nick returned to Maine where he worked in various occupations.

Growing up, Nicholas enjoyed playing youth hockey, riding dirt bikes, and roller coasters — the bigger, the better. He was in a band and loved music. From a very young age, he always thoroughly enjoyed reading for hours at a time, which helped him to become the household Jeopardy champion.

Despite coming from large families where love abounds, and actively participating in many things, Nicholas struggled with addiction for most of his adult life. Four years ago, at his lowest point, he entered the Salvation Army on Preble Street in Portland to begin his journey in recovery. While he was there, he met the love of his life, Jessica. He adored her son Carter, and their bond was immediate and strong, like magnets. Every day became a new adventure, exploring nature, and looking for bugs, especially under rocks. They soon became inseparable.

He found a romantic way to propose to Jessica, creating a special memory for both of them. Much like his proposal to Jessica, the news of baby Elena joining the family was meticulously thought out, with surprises for us all. He was a doting dad to Elena and the bond they shared was deep and tightly knit. He could always calm her down, but then couldn’t set her down because she is and will always be, Daddy’s little girl. Nick and Jessica married on Nov. 2, 2019. His family was his priority, giving him additional incentive to stay clean. He was an adoring husband, and loved surprising Jess with treats. He was an amazing husband, and a loving father. He loved them so much. Love flowed freely in their house. Nick showed us that he was more than his addiction, and we were blessed to see him blossom, living his life to the fullest. He was the happiest he had ever been in his entire life. We are so thankful to the Salvation Army for making it possible for us to witness these last four years.

Addiction can happen in any family. If you or a loved one needs assistance with addiction, please call 211 and get help. You deserve to live your best life too, just like Nick.

Due to COVID-19 restrictions, private services will be held. Those who wish to share a memory or condolence with Nick’s family, may do so on his Book of Memories at bchfh.com.