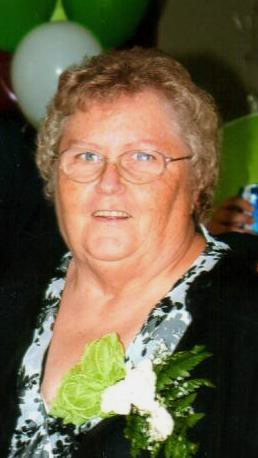 Norma Ellen (Weeks) Parlin, of Jefferson, passed away on March 4, 2019 surrounded by her loving family after a long courageous battle with cancer. She was 80 years old.

Norma was born on Nov. 16, 1938 in Whitefield, the daughter of Theodore and Eunice (Grady) Weeks.

She attended Wiscasset High School. She married Edward on Oct. 17, 1959, raised two children and she retired from Digital Equipment in Augusta. Over the years she enjoyed family functions, camping, traveling with her sister-in-law, playing beano and rarely missed watching her grandchildren and great-grandchildren’s sporting events and dance recitals.

Norma is survived by her husband of 59 years, Edward F. Parlin of Jefferson; son, Richard A. Parlin Sr. and wife Jean of Jefferson; daughter, Shelly (Parlin) Brann and fiance Chris Hathorne of Windsor; step-son, Edward A. Parlin and wife Rose of South Jefferson; five grandchildren, Richard A. Parlin Jr. of Jefferson, Erica (Parlin) Ontiveros and husband Rafael of Windsor, Nicole (Brann) Poulin and husband Steve of N. Monmouth, Mark Brann Jr. and wife Courtney of Oakland, and Ryan Parlin of So. Jefferson; six great-grandchildren, Christopher, Jasmine, Sophia, Luke, Wyatt, and Tanner; and several nieces and nephews. She will always be remembered as “Nan.”

A spring graveside service will be held at Shepard Cemetery in Jefferson.

In lieu of flowers, donations may be made in Norma’s memory to the Sussman House, 40 Anchors Dr., Rockport, ME 04856.

Condolences, memories and photos may be shared with the family on the obituary page of the Staples Funeral Home website familyfirstfuneralhomes.com.

Arrangements are in the care of Staples Funeral Home and Cremation Care.