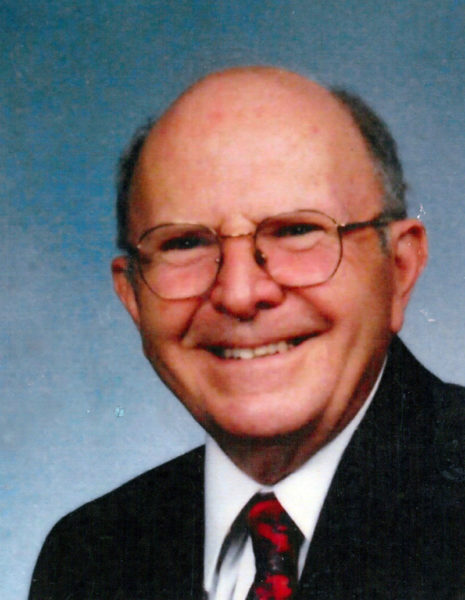 Norman was born in Hudson, N.H. on March 25, 1924, the son of George and Estella Porter Young. He lived the first 17 years of his life in Hudson, N.H. The family moved to Kittery during WWII, where he graduated from Portsmouth, N.H. High School in 1943, attended Gordon College, Bangor Theological Seminary and graduated from Ricker College. He was a graduate of the four-year course of study of the Methodist Church and received two years of Advance College credit under the direction of the Methodist Church in Nashville, Tenn.

Norman received his call to enter the ministry at the age of 15, was ordained a Deacon in the Bath Methodist Church on May 13, 1951 and ordained an Elder two years later on May 17, 1953, and became a full member of the Maine Conference in 1961. He served as pastor of the following Churches and Charges: Sangerville, East Eliot, Phillips, Danforth, Monticello, Calais, Hartland, Belfast, Dexter, Fairfield, Dresden/Richmond and Friendship during his 40 years of active service as a minister. He served on numerous boards and agencies of the Conference, and served as a counselor for 25 years at the Church Camp Mechuwana in Winthrop.

Norman was active in Masonry, having been raised in Naval Lodge #184, A.F. & A.M. in Kittery, St. Alderman Commandery in Houlton, and became a 32nd degree Mason in the Scottish rite bodies in the Valley of Rockland and the Valley Portland, and was a National Grange member.

He was a man deeply loved by his family and friends, and will be greatly missed by all who knew him.

Visiting hours will be from 2-5 p.m., Fri. Feb. 10 at Bibber Memorial Chapel in Kennebunk. A celebration of his life will be held at 2 p.m., Sat., Feb. 11 at the Church on the Cape, Langsford Rd., Cape Porpoise, Kennebunkport.