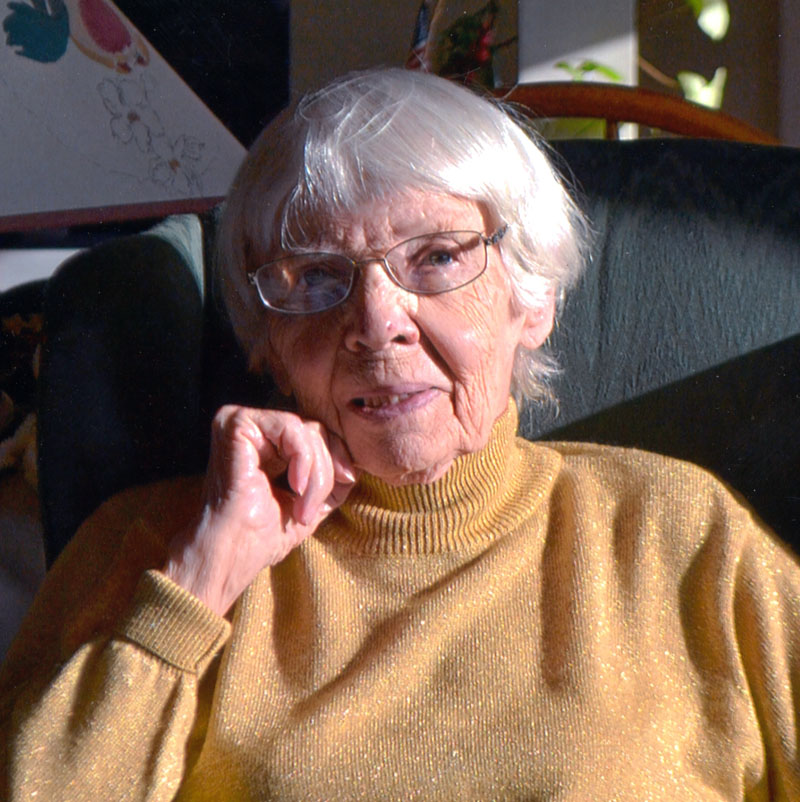 Olive M. Snow passed away during the afternoon of Nov. 17, 2020 at Cove’s Edge in Damariscotta surrounded by her children. Born in Brownville Junction on June 24, 1935, she was the daughter of Daniel Manzer and Lila (Craig) Manzer and the youngest of three children.

Olive attended public schools in Brownville Junction and after graduation attended the Northern Conservatory of Music in Bangor. It was at the conservatory where Olive met her husband Clyde of 51 years for the first time. They soon married and raised six children while Clyde was a music teacher in several school systems throughout Maine and New Hampshire. They eventually settled in Walpole in 1974, where she resided with her family for several years.

Olive dedicated her life to raising and caring for her six children but still found time to work at various jobs during this time. As the children grew she went to school to become a certified nursing assistant and cared for many individuals throughout Lincoln County. She remained a CNA for a total of 18 years, primarily through the home health program. After years of caring for others, she eventually retired but was still involved in health care as a volunteer at Miles Memorial Hospital. Even later in life, when Olive was a resident at the Waldoboro Green assisted-living home, she felt the need and responsibility to care for other residents who lived there.

Olive shared a strong interest in music with her husband. She was an organist in various churches in Maine as well as a talented piano player. She taught her own children how to play the piano and sometimes taught private lessons to others. She also enjoyed knitting, crocheting, and creating braided rugs. Creating and maintaining flower gardens at the Walpole residence was also a favorite activity. She was also an amazing cook, with desserts being her specialty. After retirement, Olive and Clyde enjoyed camping at various locations in Maine and Canada and at times would bring grandchildren with them.

She had a strong commitment to keeping her family active and together though many picnics, cookouts, days at the beach, and time spent with other relatives. Even after the children became adults, she frequently planned events at the house in order to keep the family together and close. This commitment carried through as she and Clyde enjoyed spending a great deal of time with their seven grandchildren. They often would have them stay for a weekend, take them places, and, of course, spoil them.

Olive was predeceased by her husband, Clyde, in 2007; her sister, Phyllis; and her brother, Edwin.

Due to COVID-19 restrictions at this time, a service will be planned next spring.

Arrangements are entrusted to Hall Funeral Homes and Cremation Services. You are invited to share your condolences with the family by visiting her Book of Memories at hallfuneralhomes.com.