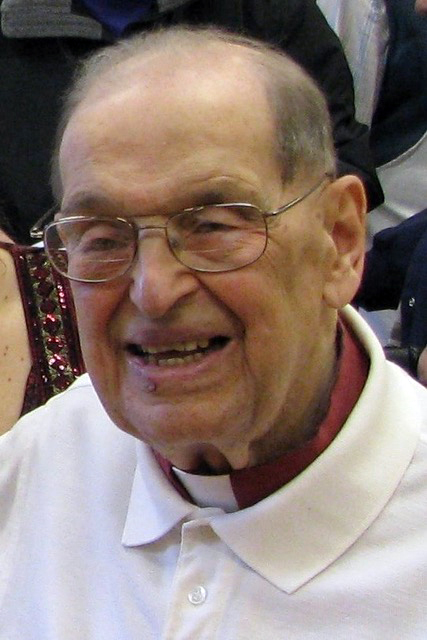 Bill had a love for the Lord at an early age, even building a small church in his backyard in Brooklyn. Eventually, he decided to go into the ministry full time. He received degrees from Wagner College in Staten Island, N.Y. and the Lutheran Theological Seminary in Philadelphia, Penn. He met Marijean (Polly) Worley at Wagner. They married on Aug. 30, 1950. Polly’s family had a house in Mere Point and the two were eager to get a place of their own there. They settled on one on the Kennebec River in Georgetown where they would spend as much time as they could in the summers.

Following ordination in 1950, Bill served congregations on Long Beach Island, N.J., Jersey City, N.J., The Bronx, N.Y. and West Collingswood, N.J. He and Polly often brought youth groups from the Bronx up to the house in Georgetown in the summer. In 1990 he was called to Water of Life Lutheran Church in Newcastle. They lived in Round Pond for a time, until the house in Georgetown was winterized. They happily retired in Georgetown, cheerfully welcoming visitors.

In retirement, Bill continued to serve as an interim pastor at different churches in Maine. He also served for many years as a chaplain at assisted living facilities and was a weekly participant as a “Yokefellow” at the Maine State Prison in Warren. Bill spent his last years at The Garden in Brunswick.

Bill was predeceased by his wife, Polly; brother, John Luger; and, son-in-law, John Budenholzer. Bill is survived by his daughter, Deborah Budenholzer; granddaughter, Rachel; grandson, Mark and his wife Naomi.

A service will be held on Saturday, Feb. 22 at Water of Life Lutheran Church in Newcastle at 11 a.m.