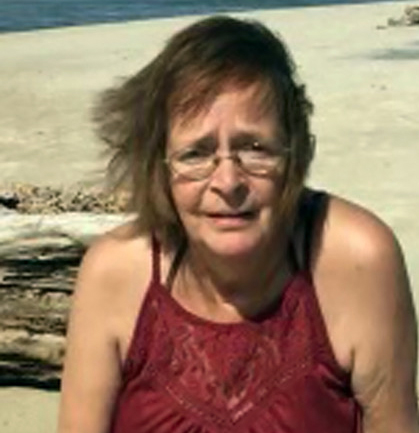 On the afternoon of May 13, 2021, the New Harbor community lost one of its beloved members. Patrice “Patti” Dee, 61, passed away at Maine Medical Center in Portland after a period of declining health.

Patrice Lisa Bowden was born to Edwin and Irene Bowden in Berlin, N.H. on Sept. 4, 1959. Patti’s father worked for J.J. Newberry and the family relocated to Maine when he was promoted to be the manager of the Rockland store.

Patti attended Camden-Rockport High School, graduating in 1977. Soon after, she met Teddy Dee from Bremen, who she married on May 23, 1981. They moved to New Harbor, where Teddy opened an auto body store and Patti worked as a waitress at The Samoset Restaurant. She was a favorite among the customers because of her caring nature and sharp wit.

In 1995, Teddy and Patti opened Dee’s Variety, which the couple ran together for 20 years. Patti woke up at 3 a.m. to open the store, while Teddy would close the store every evening. Patti would often say the store wasn’t just about their livelihood, it was about the people. They cherished their employees and treated them all like family. They were friends with most of their customers, both the locals and those from away. Many in New Harbor started their day with a cup of coffee from Dee’s, and ended it with one of their famous pizzas.

Patti and Teddy never had their own children, so they generously helped to take care of everyone else’s. On Halloween, they gave out baskets full of candy to all the trick-or-treaters. On Christmas, they spoiled their employees’ children with presents. On Easter, they always helped orchestrate the local egg hunt. Patti and Teddy also generously supported Caring for Kids, a charity that ensures the nutritional, educational, and clothing needs of local children are met.

While Patti was caring and generous, she was also a real character. She often said she was happiest with a cigarette in one hand and a glass of coffee brandy in the other. She had a wicked sense of humor and always loved an inappropriate joke. She hated the color green — so much so that when Teddy bought a green truck, Patti refused to ride in it.

Sadly, Teddy passed away in 2016. In his obituary, Patti noted that, “Teddy and I were married for 34 years and he was my best friend. People say that all the time, but for us, it was true.” Following Teddy’s passing, Patti continued to operate Dee’s Variety with the help of her loyal employees. She adopted a yellow Lab named Chloe that was always at Patti’s side. In recent years, she spent much time with her special friends, Joe, Sheila, Nicole, and Leigh.

Patti was predeceased by her parents and her beloved husband. She is survived by her brother, Robert Bowden from Camden; her sister, Cynthia Lester from Jacksonville, Fla.; and many nieces, nephews, great-nieces, great-nephews, and adopted family from the store and the New Harbor community.

A celebration of Patti’s life will take place in late August. In lieu of flowers, please consider a donation in Patti’s name to Caring for Kids, P.O. Box 412, New Harbor, ME 04554.

Arrangements are under the direction and care of the Strong-Hancock Funeral Home. Condolences, and messages for her family, may be expressed by visiting stronghancock.com.