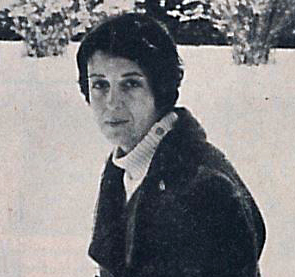 Patricia A. Spofford, 83, passed away peacefully Sunday, June 7, 2020 at her home in Waldoboro, surrounded with love.

Born Feb. 27, 1937 to John and Medora (Maynard) Mendes in Boston, Mass., she was raised in Milton, Mass., educated in local schools, and graduated from Jeanne D’Arc Academy, class of 1954.

Before graduating from high school, Patricia traveled abroad when she was 16 years old.

She developed a love for horses at a young age when her father purchased for her, her very first horse, a stallion she named Finnegan. Her love for horses eventually led her to own and operate Broad Bay Farm, where she had many horses and employed lots of local teenagers to work in the stalls and perform other farm work.

In 1972 Pat married the love of her life, Parker Spofford, and together they ran a successful real estate company named Parker Spofford Realty in Waldoboro.

Known as an amazing artist, she specialized in drawings, watercolors, and egg temperas. Her artwork won acceptance in the annual American Watercolor Society Exhibition at the National Academy in New York City and for two years straight her work was chosen by the society to travel throughout the United States. One of her paintings, “Sand Flats,” was profiled on the cover of the July 1979 edition of Down East magazine.

Patricia loved to garden and was a member of the Waldoboro Community Garden Club for many years. She enjoyed watching westerns, especially “Gunsmoke.”

She loved dogs of all kinds but had a special fondness for long-haired golden retrievers. Her latest pup, Duke, was always by her side.

Predeceased by her parents and her husband Parker, Patricia is survived by her sons, Michael and Peter Zani of California; her stepsons, Dana Spofford of Waldoboro, and Todd Spofford of Augusta; as well as several grandchildren.

No services will be held for Patricia as her life will be remembered privately by those who knew her and were close to her.

To share a memory or condolence with Patricia’s family, please visit her Book of Memories at bchfh.com.