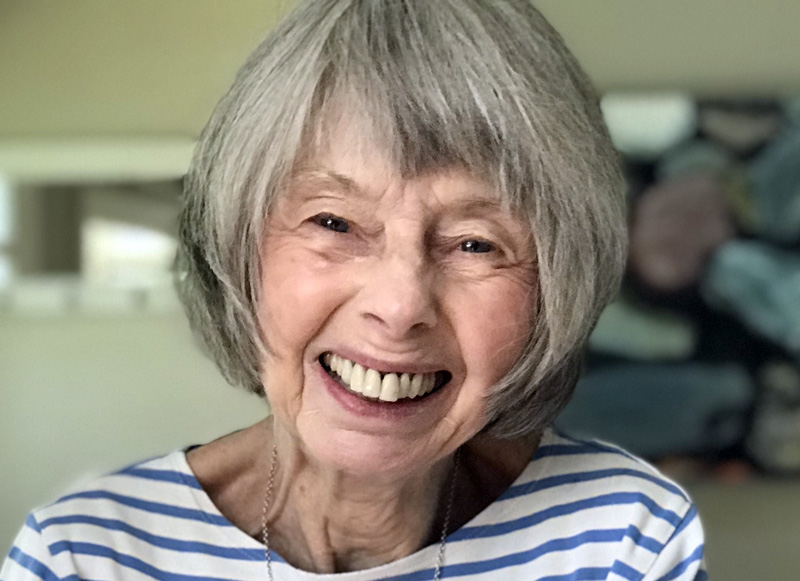 Patricia Ann Anderson, age 83, of Newcastle, passed away peacefully of natural causes on Jan. 25, 2020 after a brief fight with Alzheimer’s. She was surrounded by loved ones, including all seven of her children and many of her grandchildren. Pat was born on July 16, 1936, in Trenton, N.J. to Anna and James Earl Foote. She attended St. Anthony’s Grammar School and Cathedral High School in Trenton, N.J., and graduated from Duquesne University in Pittsburgh, Penn. in 1958.

After graduation, Pat taught English at Charles Boehm Middle School, in Yardley, Penn. before marrying and starting her family in Collingswood, N.J. The family relocated to Winslow in 1974, and then settled in Newcastle in 1985.

Pat’s greatest source of joy was spending time with her family. First and foremost, she was a dedicated mother and grandmother. Pat treasured her children and embraced every moment with them. Later in life she relished her role as “Grammy Pat.” Her Alzheimer’s could not diminish her greatest qualities, ceaseless empathy and concern for others, which were readily apparent to the care team who supported her in her final days. She had a quick wit and a tremendous sense of humor, traits that she has passed along to the next generation of Andersons.

Pat’s warm and generous smile put all who met her at immediate ease. Pat kept her kitchen open to friends and family for a discussion of books, politics, and movies over a warm cup of coffee or tea and a freshly baked treat. Pat was an avid reader, and especially loved ghost stories. She enjoyed a Halloween tradition of watching scary movies with her daughters. She loved music and theatre, and rarely missed a live performance by one of her many grandchildren. Her gentle nature extended to all creatures great and small, and she was often surrounded by her own pets or the animals in every household she visited. Pat loved the ocean, from her earliest days on the Jersey Shore to her later years on the coast of Maine. Later in life, Pat dedicated time to the local food pantry and diaper drive.

A funeral mass will be held at St. Patrick’s Catholic Church in Newcastle on Wednesday, Jan. 29 at 1 p.m. The service will be followed by a reception in the church hall.

In lieu of flowers, the family requests that donations be made to the Maine Cancer Foundation, 170 US Route 1, Suite 250, Falmouth, ME 04105.

Arrangements are under the direction and care of the Strong-Hancock Funeral Home in Damariscotta. Condolences, memories, and messages for the family can be expressed by visiting stronghancock.com.

“And when great souls die, after a period peace blooms . . .