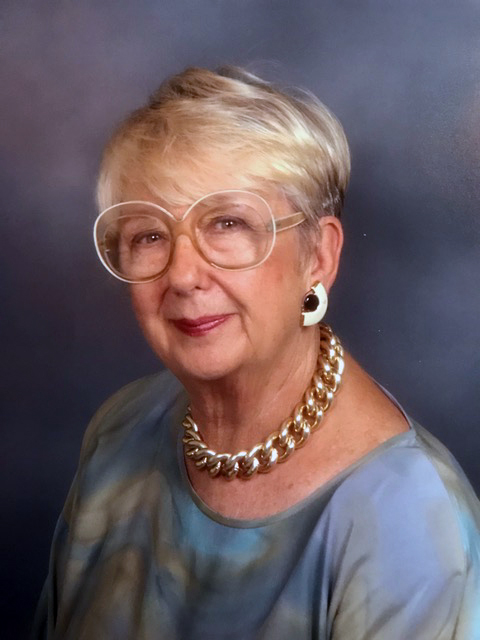 Pat was a brilliant, dynamic, and creative presence who did things her own way and knew exactly what she wanted. She had many natural talents and an inborn confidence that allowed her to excel in many areas, including being an entrepreneur and executive at a time when women in business were rare.

She was (at various points) a freelance artist and muralist, model, actress, an interior and set designer, a motion picture producer, a founding partner in an animation studio, an advertising executive, the owner of multiple antique shops, and an appraiser. She loved aesthetic beauty, and had striking individual taste in both the objects that she bought for her antique shops and the art that she created. She also loved music, especially opera and classical music, and grew up playing classical piano and singing in choirs.

Pat also excelled at gardening (especially growing flowers) and cooking (especially French cuisine). She had participated in dog shows as a young girl and had an intuitive connection with animals. She had a keen interest in health, including practicing Reiki and Pilates. Pat was always active in her community as a member of artistic, professional, church, and civic organizations. She lived her life well and to the fullest. She will be remembered for her quick wit and great sense of humor, her fierceness, her love of life, her loyalty, her grace, her incredible work ethic, and the commitment and support that she gave unfailingly to her friends and family.

Patricia Anne Reed (nee Taylor) was born in 1930 in Pittsburgh. She was an only child and dearly loved by her parents and extended family. The family moved to Salt Lake City when she was young and lived there for several years before moving back to Pittsburgh. She was taken to Europe as a child by an aunt and fell in love with France. She studied art at Carnegie Mellon and the Art Institute of Pittsburgh before graduating from West View High School in 1948. Pat went on to Syracuse University and she graduated with a Bachelor of Fine Arts in 1952. After college, she worked in the advertising department at Flah’s women’s store in Syracuse before moving to Pittsburgh to work as a model and freelance artist.

Her first husband was Dick Holland, from whom she separated amicably in the early ’60s. She became the advertising manager of Keystone Floors and Adele’s, as well as working at WQED, an educational television station, and becoming the sales manager for Warren R. Smith, Inc. She did animation for Packaged Productions before becoming a partner in an animation and live action film studio called The Animators. Pat also had numerous one-woman shows of her oil and acrylic paintings while living in Pittsburgh.

She moved to Paris in 1964 via a memorable sea voyage. She loved Paris and living there was a very happy time for her; she began exploring photography during this period as well. Upon her return to the U.S. in 1965, she founded the film arts department at the Ivy School of Art and married William (Jack) Satterfield Reed and became a stepmother to Rosalind Reed, John Reed and David Reed, and eventually a grandmother to Ellen Reed, Alicia Reed, and Colleen Reed.

Pat and Jack fell in love with Maine during a vacation and moved to Damariscotta in the late ’60s after Jack took early retirement. Pat and Jack owned a toy museum in Ambridge, Penn. and used their toy collection as a starting place when they became antiques dealers, traveling the “Old Chippendale Trail” across the country seasonally in their remodeled van for several years. They owned a home on Damariscotta Lake and also began living part of the year in Tequesta, Fla. Pat and Jack later moved to a home on Bristol Road near Damariscotta. Pat opened antique stores in Tequesta and Damariscotta under the name “Patricia Anne Reed Fine Antiques” and did estate sales and appraisals as well as running her shops. She assisted in museum acquisitions, including for the Smithsonian, and published several antiques digests, as well as appearing as an expert witness in estate and divorce trials.

She took care of her husband Jack for many years until he passed away in 1999. In the early 2000s, she fell in love with Richard Tautkus of Bristol, whom she married in 2008. They restored a beautiful colonial home and rebuilt a boat together at their home in Bristol with their dogs Elsie and Bonnie. Pat had Alzheimer’s during the final years of her life, and was cared for lovingly at home by her husband until her final days. Even when Pat’s Alzheimer’s was advanced, she retained her sense of humor and her ability to have fun.

Pat gave great advice that revealed a lot about who she was. Her advice about work was: Do what you love. Many people say that – but Pat lived it, and knew that doing what you love means working harder than you might otherwise have to. Regarding marriage, Pat thought one should only get married if you really have to – if you can’t imagine not being married to that person. She was lucky enough to have that feeling multiple times in her life, and to have great partnerships in her marriages, especially with her husband Richard Tautkus.

She also thought you should never apologize for anything you make, just present it like it’s wonderful. Pat set a great example for other women by refusing to doubt herself and embracing her own talent and competence. She loved life and was fearless. Pat was a unique, unforgettable character who shaped the lives of many people. She made the world a more beautiful, more colorful, and more cultured place. Pat will be dearly missed and gratefully remembered.

Relatives and friends are invited to join her family for a time of visitation from 4-6 p.m., Fri., Dec. 7 at the Strong-Hancock Funeral Home, 612 Main St., Damariscotta. A funeral will be celebrated at 3 p.m., Sat., Dec. 8 at the funeral home, with Rev. John Ineson officiating. Interment will be in the Harrington Cemetery in Bristol.