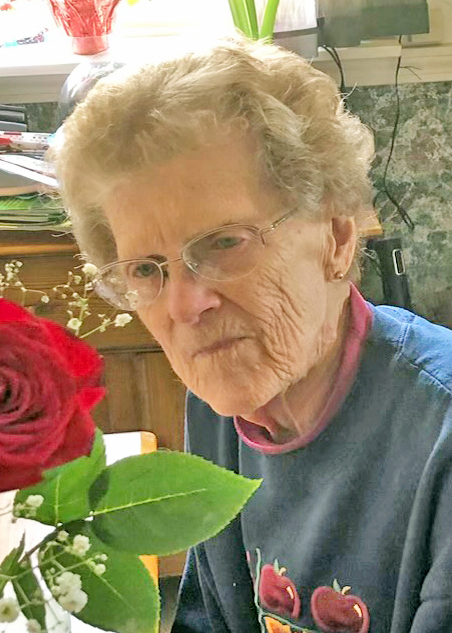 Patricia Francis Hayden Holmes Winslow joined her heavenly family on Nov. 6, 2022 from her home in Nobleboro. Born in Portland on June 13, 1932 and raised in Gorham, Pat enjoyed all animals – especially horses – and creating mischief with her sister Ginny.

Pat’s love and concern for others led her to attend nursing school at Central Maine General Hospital in Lewiston, where she graduated as a Registered Nurse in 1955. She continued to use her RN license throughout southern Maine at many convalescent homes.

Pat met and married the love of her life, Robert Neal Holmes, in 1955. Son Donald Edward was born in 1957, daughter Sandra Louise in 1958 and son Laurence Neal was born in 1959. They raised their children in North Gorham and Portland and summered on Damariscotta Lake in a seasonal tent.

After Bob passed away in 1978, Pat married Leon Winslow, of Waldoboro, in 1980. Pat and Leon enjoyed square dancing and wintered in Florida and Texas.

She was a talented seamstress and enjoyed gardening, cooking and feeding the birds. Pat also had many interesting hobbies. As a member of Portland’s Caldwell Post shooting team, Pat was recognized as men’s state championship sharpshooter in 1967, 1968 and 1969, since women’s sharpshooting was not yet promoted.

In the early 90s, Pat studied as an amateur radio technician and was licensed as a Technician Plus. She was a lifetime member of the Order of Eastern Star in Portland. Pat attended the First Baptist Church of Nobleboro, where she loved to feed people and deliver flowers to shut-ins.

Pat was also a very generous person and her favorite charity was heifer.org, where people are given a hand up in life, not just a hand out. In lieu of flowers, please make a donation to your favorite charity.

A memorial service will be held at First Baptist Church in Nobleboro in late December.