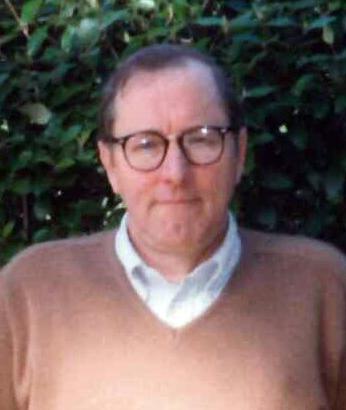 He was born March 29, 1936 in Berlin, N.H., to Clayton F. and Gertrude French Fossett. Paul grew up in Bethel and spent his summers in Pemaquid where he grew up with his cousins George, Bob, and Jimmy Fossett.

Paul graduated from Gould Academy in 1954. He attended Yale University on an NROTC scholarship, graduating in 1958 with a BS in engineering. During the summers, he sold Fuller brushes in the Bristol area. Paul was the education and training officer on the USS Macon, CA 132, and traveled to five continents and 32 countries during his tour of active duty in the U.S. Navy.

Paul began his teaching and coaching career at Tabor Academy in Marion, Mass. In 1963 he joined the faculty at the Hopkins School in New Haven, where he would teach mathematics for 34 years. He had many administrative roles at Hopkins but he was first and foremost a teacher. He delighted in sharing his knowledge of mathematics with his students, and his love for its beauty and creativity. His superb teaching was enriched by stories of his love of the outdoors, growing up in Bethel and Pemaquid, and his experiences in the Navy.

At Hopkins, Paul was head of the mathematics department, mentor to new math teachers, and chairman of the Financial Aid Committee. He also coached JV basketball, intramural basketball and soccer, was a head advisor, and was founder and advisor to the Hopkins Fishing Club.

Paul earned an MA from Bowdoin College in 1965 under a grant from the National Science Foundation. He was awarded an Excellence in Teaching Award by the University of Connecticut in 1987.

A celebration of life will be held during a future summer in Maine.