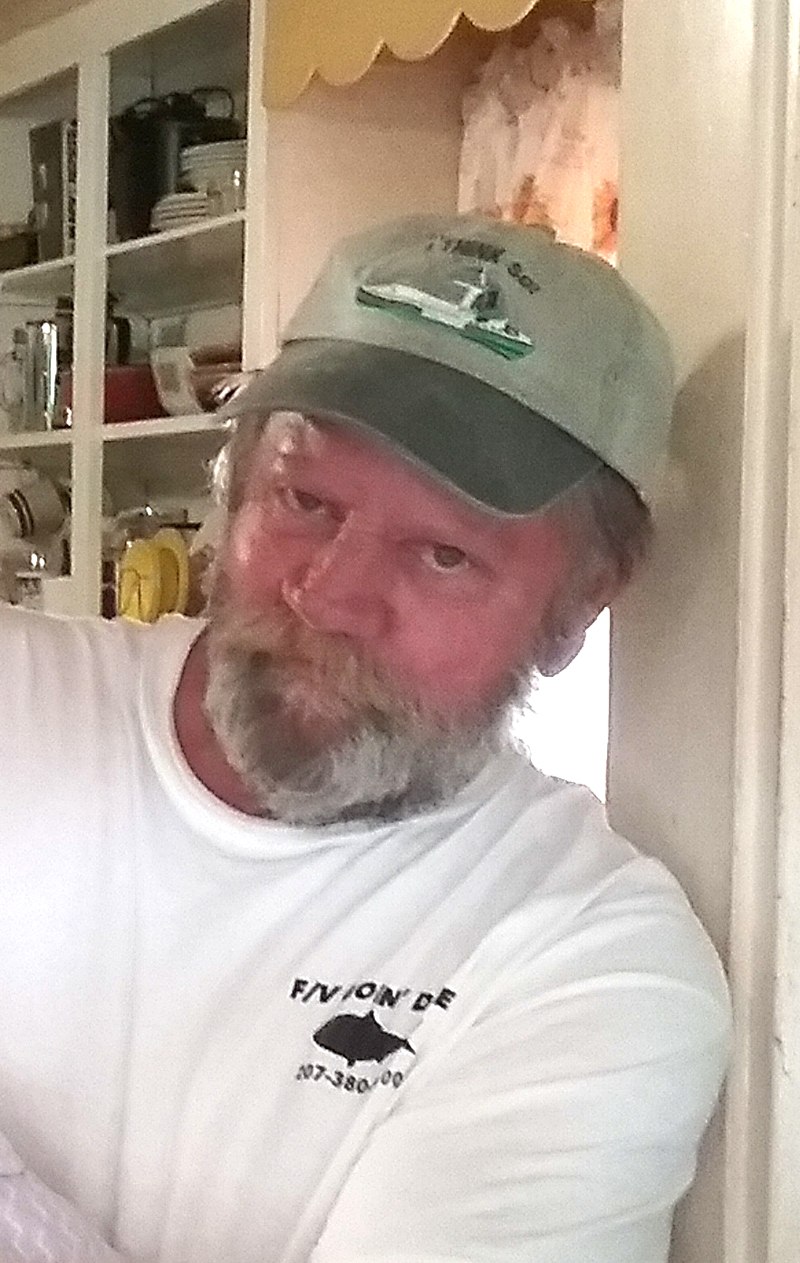 Paul G. Johnson, 60, died unexpectedly on Feb. 8, 2021 at his home in Waldoboro. He was born Sept. 8, 1960 in Rockland to Jesse Johnson and Winona Miller Johnson. Paul grew up in Waldoboro and graduated from Medomak Valley High School in the class of 1978.

After high school he worked for the Poiriers of Massachusetts in the salt factory at Upton Fuel Co. for a short time. Soon after, Paul returned to work on the water as a fisherman back home. He dug clams, built traps, and lobstered with his father and brothers, even hauled his own gear by hand out of a wooden flat-bottom skiff built by his father Jesse and Fernald Carter. Paul was an elver fisherman, went pogy seining, was an urchin tender for many cold winters, and had his own lobster boat for awhile … the Crissy J … named after his blonde-haired, blue-eyed daughter he was so proud of. He took his children, Crystalle and Larry, to haul with him in the summer as kids. He was the kind of father to Larry … that he didn’t have to be. He was so loved. Paul spent the last several years as a sternman, lobstering alongside his cousin, Dana Johnson, who was like a brother, on the F/V Three Girls for many summers. Dana knew all too well … Paul wasn’t quite a morning person. “No call … no Paul,” when it was time to go to haul.

Paul was a very giving person. He had a big heart, and he would give you the shirt off his back, a place to stay, and his last dollar if you needed it. He would sit and pick crabmeat all day long, just to give it away. He loved to have company at his home. Friends and family would stop out to Paul’s almost daily to play cribbage, drink some Budweiser, enjoy a good time, and be merry. It takes a special kind of man to get so many people in such a tiny kitchen. A party at Paul’s often meant standing room only. In Paul’s younger years the gatherings often included playing horseshoes and having cookouts. Paul enjoyed hunting, especially moose hunts up north, which would always include the Carters, who were like family. Paul was well known to be as honest and genuine as they come, and he will be dearly missed by his family and many good friends.

Arrangements are entrusted to Hall Funeral Home and Cremation Services in Waldoboro.