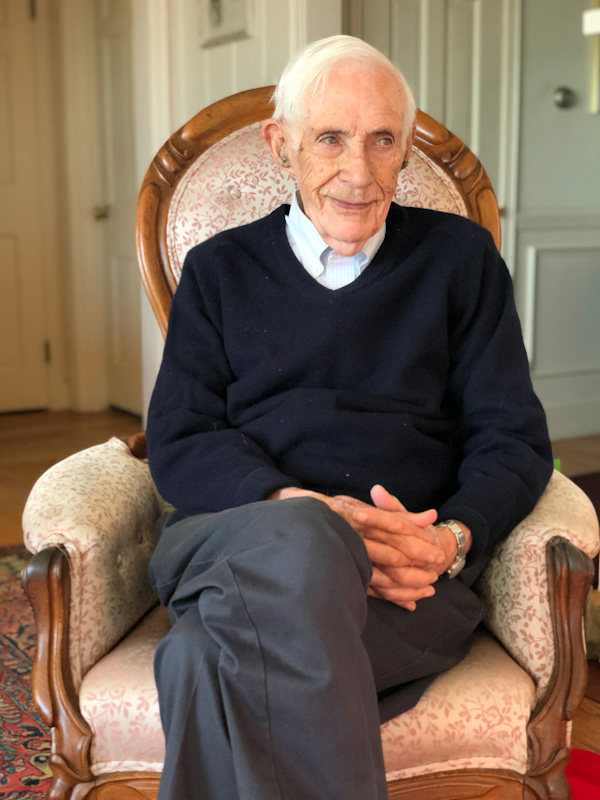 Paul Hazeltine Hanly Jr. passed away peacefully on Nov. 23, 2020 at Holbrook at Piper Shores in Scarborough. He was 95 years old and is survived by his wife of 70 years, Janice (Hamilton) Hanly.

He was the son of Paul Hanly and Ursula M. (Fitzpatrick). He grew up in South Portland, raising his own family there, before moving to Cape Elizabeth. Paul was a graduate of South Portland High School, Class of 1943, and Bowdoin College, Class of 1947. His attendance at Bowdoin was interrupted as he entered the Army at age 19 during World War II. He served as an infantryman in Europe from 1944-46, most memorably serving at times as a scout behind enemy lines. In the Army, he was awarded a Bronze Star Medal for reestablishing radio contact with two divisions that had been cut off, crawling through ditches, radio on his back, under enemy crossfire.

Paul followed in the footsteps of his own father and spent his entire professional career working for A.H. Benoit & Co., beginning as a stock boy at age 16, ultimately becoming the former clothing chain’s vice president. For much of his career, he served as the company’s treasurer. A highlight of these professional days were the lunches he was able to share with his father, the company’s treasurer before him.

In addition to his work, for many years, he served as a board member and president of the Maine Merchants Association, a predecessor of the current Maine Retail Association. Philanthropically, Paul and Janice were supporters of their alma maters, Bowdoin College and the University of New England (previously Westbrook Junior College), Maine Medical Center, Mercy Hospital, and LincolnHealth’s Miles Campus. They also continued the family’s long-standing support of St. Patrick’s Church in Newcastle.

While he enjoyed his work, his time as a member of the South Portland/Cape Elizabeth Lions Club, and an occasional golf match with his father-in-law, “Cack” Hamilton, who also worked at Benoit’s, the time he most enjoyed was with his family at their camp on Biscay Pond in Damariscotta. In his later days, he related with a smile, when the camp, formerly a one-room schoolhouse in Bristol, was moved by oxen in the early 1930s to its current lakeside location. 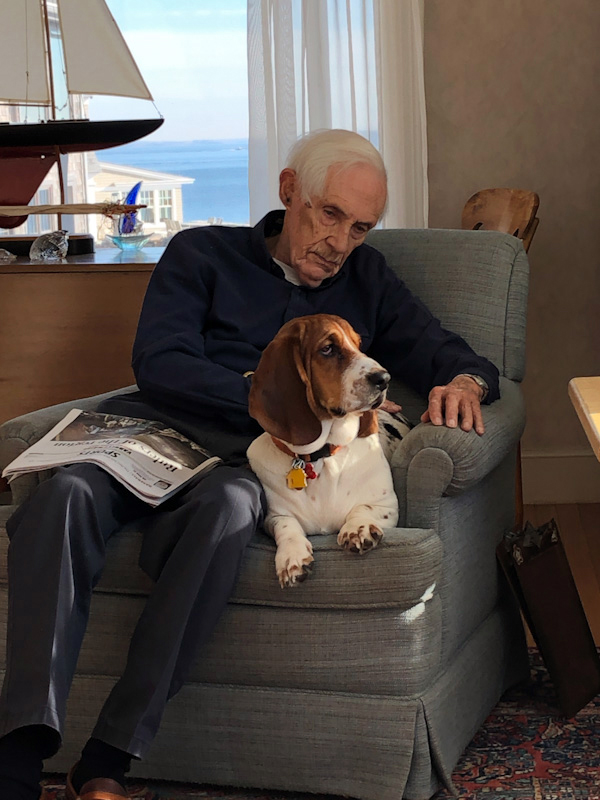 “Camp” provided him a necessary antidote to his work week — fishing, painting the trim, and family time. He was happiest on Biscay Pond. He and his wife also enjoyed traveling, especially to Caneel Bay on St. John, as well as on many cruises, including through the Panama Canal and across Europe.

In addition to his wife, Paul is survived by his three children: Stephen of Scarborough, Jane of Concord, N.H., and Matthew of Bremen; and two grandchildren, Trevor and wife Krissy Hanly and Caitlin McKay. He is survived by three great-grandchildren as well, Colleen and Patrick McKay and Katherine Hanly. Paul was predeceased by several devoted canine companions, most notably, Patrick, Harry, and Ernie, the latter two who accompanied him for afternoon walks at Fort Williams in Cape Elizabeth no matter the weather.

The family wishes to thank the staffs of Home Instead and Wayland and Holbrook at Piper Shores for the wonderful care they provided to Paul in his final years.

Paul was a communicant of Holy Cross Church in South Portland before moving to Cape Elizabeth and becoming a member of St. Bartholomew’s. Following a private graveside service, he will be interred at St. Patrick’s Church in Newcastle, a church that his forefathers helped establish in 1807. The family hopes to conduct a celebration of his life during the summer of 2021.

In lieu of flowers, his family suggests that donations be made in his honor to St. Patrick’s Church, Newcastle, or Bowdoin College.