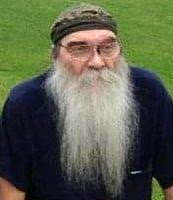 Paul worked for UNICAST and RGIS for years until he retired in 2009.

When he was 10 years old, Paul was in the Civil Air Patrol in Willimantic, Conn., where his father was the instructor at Air Flight. He was presented with a junior pilot’s certificate. He father owned his own small plane. He flew the plane that is now on display at an antique plane museum in Maine. From 1966 to 1969 Paul was a stock car driver in Islip, N.Y. At a young age he was recognized at the naval base in Groton, Conn. for knitting a SWATCH underwater.

Paul loved anything having to do with the outdoors. Camping was his favorite. He enjoyed playing his guitar. He took his son Alex to the airport and watched the planes come and go for hours. He built a whole town with the Lionel train set.

A celebration of life will be held at a later time to be announced.