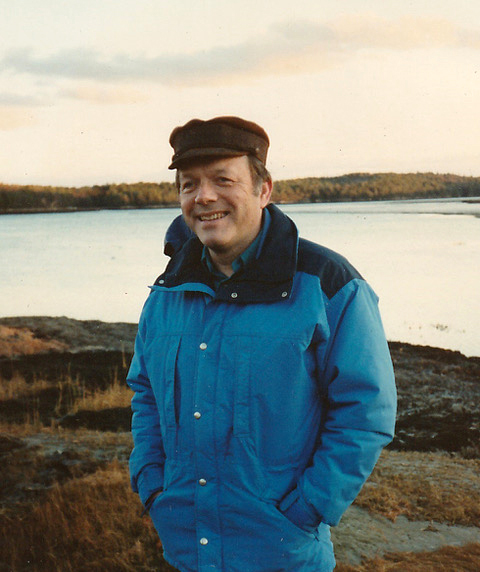 Loving husband, father, and stepfather, Paul was born on Sept. 29, 1941 in Covington, Ky. to John and Viola Huss. He received his undergraduate degree from Furman University, a master of divinity degree from Harvard Divinity School, a doctorate of ministry degree in psychology and clinical studies from Andover Newton Theological School, and a diploma in analytical psychology from the C.G. Jung Institute-Zurich. On June 23, 1990, he married his best friend and the love of his life, Marilyn Bookwalter Huss. Paul had a son from his first marriage, Todd, and was stepfather to Nick and Hannah.

Paul was an ordained minister in the American Baptist Churches, USA. During a professional career of 50 years, he served as a parish minister in Melrose, Mass. and in Zurich, Switzerland. He later joined the faculty at Andover Newton Seminary in the Department of Psychology and Clinical Studies. When he eventually left Andover Newton and moved to Brunswick, Maine, he entered into full-time private practice as a pastoral counselor and Jungian analyst.

While living in Brunswick, Paul and a colleague co-founded the Maine Jung Center in 1988. There he served in many roles, including as the first president of the center’s board of directors. He participated in numerous committees, led book groups, hosted film showings, and taught innumerable courses, which were enormously popular and always filled to capacity. Paul was also sought after as a lecturer at various Jungian associations in the Northeast. He contributed to the Boston C.G. Jung Institute’s training program through committee work, teaching, and as a training analyst. He was an active member of the New England Society of Jungian Analysts.

Paul and Marilyn moved to Blue Hill in the fall of 2015, shortly after he retired. They loved the natural beauty of the area and found a welcoming community there, especially through their involvement with Blue Hill Congregational Church.

Paul was a lifelong learner and avid reader. He enjoyed hearing and reading the German language and following the news in German. He loved music, especially choral music, and had a beautiful tenor voice. One of his favorite things was joining in the “Hallelujah Chorus” during the Easter church service every year. Paul felt most at home in Maine, and spent many vacations on the water or hiking in Acadia National Park. He also had a passion for cars, airplanes, boats, and tales of war and espionage, and was delighted when his grandson Will joined the Navy. He was known for his calm demeanor, his insight, and his kindness and compassion, as well as his delightful, sometimes wacky sense of humor.

Paul was preceded in death by his father, John; his mother, Viola; and his niece, Anastasia. He is survived by his wife Marilyn; his son, Todd and partner Susan Detwiler of San Francisco, Calif.; stepson, Nick Robinson and partner Kirk Trabant of Brooklin; stepdaughter, Hannah McGhee and partner Jamie McGhee of Newcastle; brother, John and sister-in-law Jan of Culpeper, Va.; nephew, Dmitri; grandchildren, Will Seaman, Sequoia Crooks, and Ashlee McGhee; and two great-grandchildren.

Paul’s family is organizing an online memorial service. To be notified when the service has been scheduled, please sign up at bit.ly/paulhuss.

Donations in Paul’s memory may be made to the Maine Jung Center online at mainejungcenter.org/give or by mail to 183 Park Row #1, Brunswick, ME 04011.