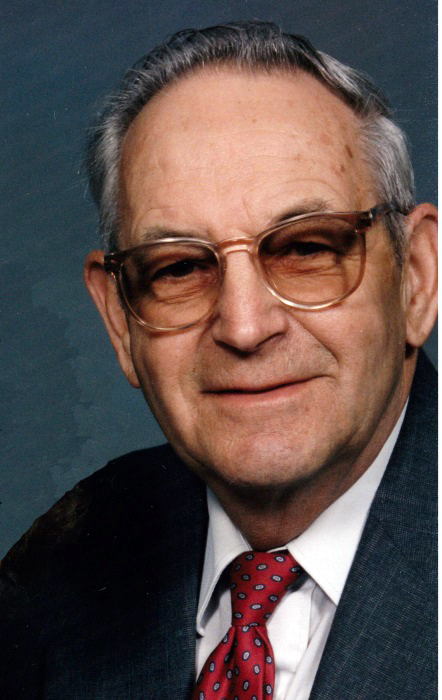 Born in Friendship, June 4, 1923, he was the son of Robert and Levilda Newbert Lash. He attended Friendship schools.

At the age of 19, Paul joined the U.S. Army and fought in Italy during WWII, as part of the 45th Infantry Brigade Thunderbirds. Wounded while fighting for our country, he was awarded the Purple Heart.

Upon returning from the war, Paul worked at Bath Iron Works and later for his brother Winfield Lash of Lash Brothers’ Boat Yard.

In 1951, he married Lucille Newbert. They lived in California for three years, returning to Maine in 1954. In 1959, Paul and Lucille settled in Friendship, where they owned and operated Friendship Market until 1977.

After his retirement, Paul continued to work with his brother Douglas on carpentry projects. He enjoyed traveling, going fishing, and most of all, spending time with his family.

He was an active member of the Advent Christian Church of Friendship. In his younger days, when a project needed to be done, he would volunteer his help and expertise.

In addition to his wife Lucille and his parents, Paul was predeceased by sisters, Eleanor Lash, Mary Wotton and husband Alfred, Myra Maxcy and husband Harlan; brothers, John and wife Loretta, Austin, Winfield and wife Barbara, Robert and wife Katherine, Harold and wife Elsie, and Douglas; and brothers-in-law, Benny Kaler and Robert Lane.

A graveside service with military honors will be held at 2 p.m., Wed., Nov. 29 at Old Village Cemetery, Friendship. The Rev. Alan Chamberlin will officiate.

In lieu of flowers, memorial donations may be made to the Advent Christian Church for World Missions, P.O. Box 9, Friendship, ME 04547.

To share a memory or story with Paul’s family, please visit their online Book of Memories at www.bchfh.com.