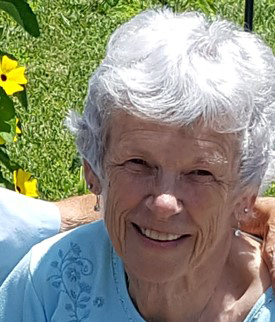 Paula Jane (Hixon) Lawton died on June 24, 2022 in the care of Talbot Hospice, Easton, Md. with her family at her side.

Paula was born in Medford, Mass. to Elinor Parker Hixon and Herbert Morse Hixon on July 13, 1931. She grew up with her four sisters in Jefferson and graduated from Waldoboro High School in 1949. She married William “Bill” Daniel Lawton in June 1951. She and her husband, Bill, lived in upstate New York, and in Maryland, traveling often to Maine to visit friends and family.

Paula was a renowned decorative artist and teacher, sharing her skills with hundreds of students at the family’s Windholme School of Decorative Art as well as through travel-teaching to Australia, Russia, and across the U.S. She was the first president of the Capitolers organization of Albany, N.Y., serving from 1977-1979, and continued as a strong advocate of this art form through her life.

There will be a private memorial at a later time.

In lieu of flowers, donations may be made to Talbot Hospice, 586 Cynwood Drive, Easton, MD 21601.