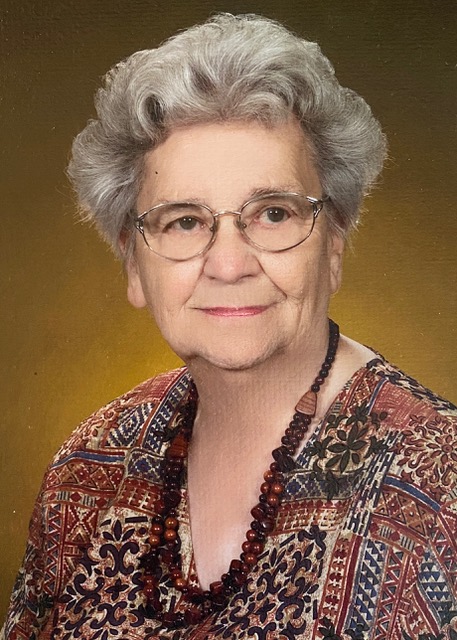 Pauline Joyce Fisher Steele was born on June 5, 1926 in Williamsport, Penn. to Clara Senna Nunn Fisher and Donald Elton Fisher. She passed away on June 21, 2022 in Damariscotta at the age of 96.

After high school she attended and graduated from Lycoming College in Williamsport, Penn. She married Frank L. Steele on Dec. 22, 1948, and they were married for 54 years until his passing in 2002.

Mother was an accomplished musician on the organ and piano. She started playing in church at the age of 16. She was the organist at the Damariscotta Baptist Church for 21-plus years. Even after “retirement,” she continued to play for weddings, funerals, and church services whenever they needed someone. She said once that she thought that “she had played for every religion.” Besides directing children and adult choirs, she gave piano and organ lessons. She played for many years for Lincoln Academy graduations and accompanied several local theater groups. She had a beautiful voice.

Her talents were many; canning, baking, quilting, oil painting, weaving, upholstering, basket making, and sewing to name a few. She made many of our “first day of school outfits” and gifts for the grandchildren. People would come by the house for some of “Polly’s bread.” She even ran a fabric store out of the house and an ice cream parlor on Route 1, along with dad’s farm stand.

Our mother remained active all her life, even when she started to lose her eyesight. Up until a few years ago, she was still climbing ladders to paint or fix something.

Calling hours will be held from 4-6 p.m., on Friday, July 15 at the Strong-Hancock Funeral Home in Damariscotta. A service to remember Polly will be held at 1 p.m., Saturday, July 16 at the Damariscotta Baptist Church, followed by reception at the church. She will be laid to rest privately with Frank in the Highland Cemetery in Edgecomb.

Arrangements are under the direction and care of the Strong-Hancock Funeral Home, 612 Main St., Damariscotta. Condolences, and messages for her family, may be expressed by visiting www.StrongHancock.com.