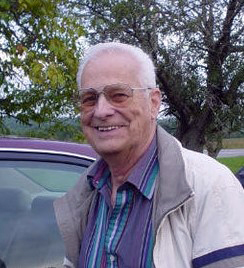 Phil is survived by his loving wife, Barbara (Bower) Robinson; his son, Lee Robinson and his wife, Rosanne, of Warren; daughters, Susan Robinson-Paxson and her husband, Tom, of Rockport, and Jewlee Robinson, of Portland; and step-daughter, Julie Young-Weare, of Warren. Also survived by his brother, Terry Robinson; and sister, Hope Wiley, and her husband, Carlton, of Warren. He is also survived by eight grandchildren; five great-grandchildren; and numerous nieces, nephews, cousins and countless associates and friends.

Phil is predeceased by his sons, Scott and Michael Robinson; and granddaughter, Tamara Robinson.

After graduating from Warren High School, he went on to join the Army National Guard and was discharged honorably. He worked as a military recruiter for a short time. After the service, he traveled to Connecticut looking for work. He found a construction firm who only hired Italian workers, so he unofficially changed his name to Philip Robinsony so he could get hired. He got the job.

But Phil’s first calling in life was to be a barber. After attending barber school in Lewiston, he opened his own shop in Warren Village and later worked with Seth’s barber shop in Rockland. Phil was a hard-working man. No matter what he did or where he worked he approached each job with professionalism, giving it his all. After barbering for many years, he decided to test his skills as a real estate agent. Taking all the necessary courses to obtain his broker’s license, he went on to be very successful in his own business, so named “Robinson Realty.” Phil was also a home inspector.

Early on, Phil drove a taxi cab and school bus. In recent years, he worked as a driver for local car dealerships transporting vehicles and later for Auto-Zone and O’Reilly’s delivering supplies. Phil was actively working for O’Reilly’s up until his time of death.

One of his biggest pastimes was being an amateur radio operator using his famous call letters “K1FQE” – which were prevalent on his auto license plate. Phil was a softie at heart, having an extensive collection of TY stuffed animals. On one occasion he enjoyed his 5 minutes of fame when he acted as an “extra” in the movie “In the Bedroom.” He even dabbled in poetry.

Phil was also an accomplished drummer in his younger days, and played in a few small groups. His son Lee and grandson Shaun have carried on his love of drumming being in groups actively playing today… three generations of drummers. Phil loved dancing and was always seen at the former Time Out Pub in Rockland on Monday Blues Night. Having his own personal table, he was always on the dance floor; he loved his “blues.”

Phil was also an avid card player, pool player, and game player. Chess, cribbage, Aggravation, and Yahtzee were his favorites, which he most always won. He volunteered weekly for many years at the Elks Club bingo checking numbers. He was also known to throw a fast ball down the Rockland bowling lanes, being on leagues for many years. He also loved shooting a good game of pool at the Elks Club.

Phil was a life member of the Rockland Elks Lodge No. 1008 and the last living member to hold a three-digit membership number. He was a member of the American Legion Post No. 1 in Rockland and past member of the Saint George Lodge A.F. & A.M. No. 16 in Warren.

Phil spent all of his 86 years loving life, being a devoted son, brother, cousin, uncle, dad, husband and friend. To say the least, he was a colorful man, with many diverse interests. He always had a smile on his face and no matter where he went someone knew him. He made many friends in his life time and was loved by all who knew him. He will be missed by many.

To share a memory or story, please visit the Book of Memories at bchfh.com.