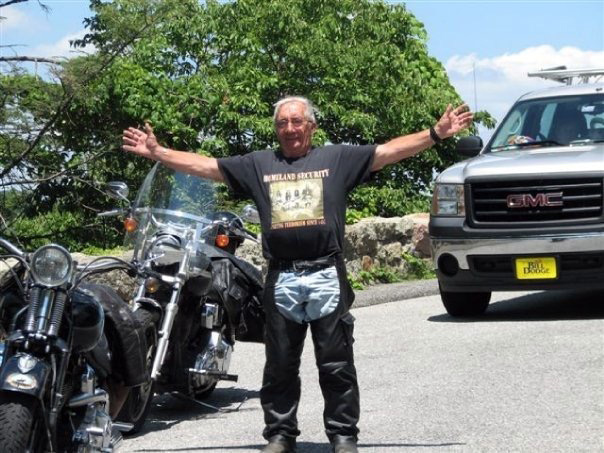 Philip Granville Lincoln, 81, of South Bristol, entered the spirit world surrounded by his family at his home on Sunday, March 29, 2020.

He was born in Eastport on April 14, 1938 to Burra G. Lincoln and Valerie K. (Taylor) Lincoln. Phil grew up in Robbinston spending his childhood playing on the family farm on Robbinston Ridge and Boyden Lake. He attended local schools and joined the Navy at 17, serving on the USS Saratoga during the Korean Conflict as a Navy Plane Captain, stationed in the Mediterranean and Brunswick NAS. While on leave from the Brunswick NAS, he and a friend set out for Southport but made a wrong turn and ended up in South Bristol for the weekend where he met his wife of 62 years, Beverly J. (Farrin) Lincoln. After a whirlwind romance, they married four months later in South Bristol.

After leaving the Navy, he worked on dairy farms around Maine. In 1963 he moved his family to South Bristol. He worked for many years at BIW and Gamage Shipyard as well as commercial fishing. After retirement, he drove a school bus for both South Bristol and Lincoln Academy.

Phil enjoyed immensely the numerous trips around the country on his Harley Davidson with his family. He also was an avid reader and enjoyed metal detecting as well as photography.

Phil was predeceased by his eldest son, Jeffery Philip; and brother, David Charles.

He is survived by his wife, Beverly of South Bristol; brother, Louis Paul and wife Barbara of Pleasant Point; children, Amy Sykes and her husband Erick; son, Kenneth Lincoln and wife Caril-Anne; son, Robert and husband William Skidgell; son, Todd Lincoln and wife Betsy, all of South Bristol; grandchildren, Amanda, Kyle, Katherine, Lucas, Ashley, Mary, and Dylan; 10 great-grandchildren, with two on the way; as well as many nieces and nephews.

There will be a private family service later this summer.