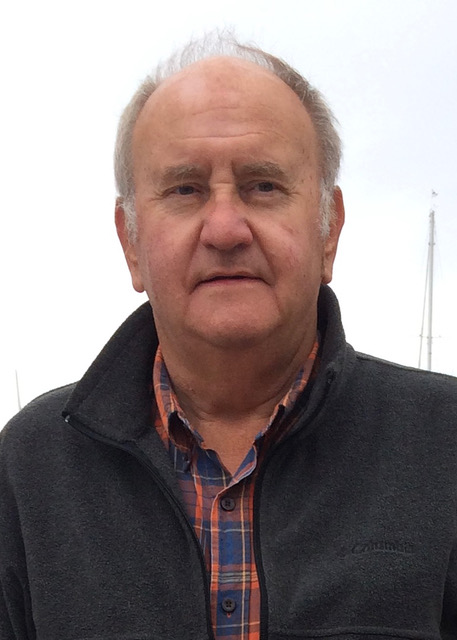 Phillip Wayne Hatch, 75, of Damariscotta, died unexpectedly at his home on Biscay Pond on June 19, 2022 with his wife Nancy at his side. Phil was born on May 24, 1947 at Miles Hospital to Jewell (Sidelinger) Hatch and Ervine Evander Hatch. Phillip was always proud of being a seventh generation Mainer from the Pemaquid peninsula, and he could show you where all of his namesakes were buried.

Phillip loved being on the water, having his own lobster skiff by the age of 10. He often helped his father haul barrels of lobsters to the train station in Newcastle to be transported to Boston and beyond. When Phillip was 15, his father passed away, and his life changed dramatically. Always being a worker, he got his license right away and began a career of many jobs, the first of which was helping his mother run The Lunchbox on Route 1 in Damariscotta. Phillip always said his first “real” job was delivering merchandise for R.H. Reny to the seven Renys stores around the state after school, using Renys’ big, fancy car.

While in high school at Lincoln Academy, Phil enjoyed managing sports teams, especially baseball and basketball. Seeing the need for recreation for kids on a broader basis, he was instrumental in setting up the Damariscotta Area Recreation Association, DARA, forerunner to the CLC Rec. Center, where he made many lifelong friends.

Phil attended Husson College in Bangor, where he earned a business degree, followed by completing a degree in culinary arts at SMVTI in South Portland, all the while working at the Pine Grove Restaurant in Damariscotta (his wife called him the secret chef). In the early ‘70s he went to work for Hunt Brothers in Damariscotta, where he oversaw the building of many FHA houses. That’s when the building bug bit, and he and his lifelong friend, Linwood Fraser, started Hatch and Fraser, Inc., building many homes and additions around the area. For almost 35 years, they worked together, separately, and back together again when Lin started an excavation business, and Phil enjoyed manning all kinds of excavation equipment.

Then Phil retired for three months. Not enjoying the retirement life, and having many cars that he had collected over the years, Phil decided the town needed a taxi, and he would start one. That’s when Twin Village Taxi was created. The taxi business grew for five years, and then he sold it to Jessica Hoppe, where it is still going strong. Phil and Nancy both drove for the taxi business until the COVID-19 lockdown. They were hoping to resume traveling all over the country, which they had been doing since the ‘80s, but it was not to be.

Phil was an avid collector of cars and tractors over the years, and dearly loved having the companionship of his five lrish Setter dogs.

Phil was predeceased by his parents; and his wonderful sister, Phyllis Wiley and her husband, Earl Wily.

Services will be held at the convenience of his family. Donations in memory of Phil may be made to the Cancer Research Institute or Ecumenical Food Pantry: P.O. Box 46, Newcastle, ME 04553.

Arrangements are under the direction and care of Strong-Hancock Funeral Home, 612 Main St., Damariscotta. Condolences and messages for his family may be expressed by visiting www.StrongHancock.com.