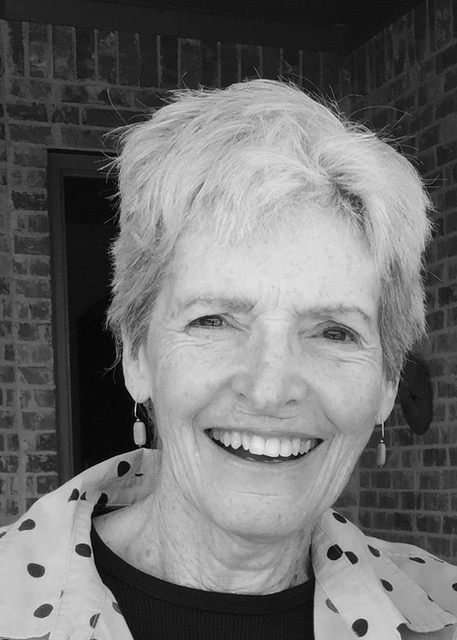 Phoebe M. Nichols died at her home in Davis, Calif., on Sunday, Feb. 21, 2021. She was 76 years old. Phoebe was born in Detroit, Mich. (and was proud of it); her parents were Robert and Nancy McGuire. She inherited their unique blend of gregarious sophistication and elegant toughness. Growing up, she and her family spent summers on Academy Hill in Newcastle. Eventually they all moved to Maine full-time, and the people they met during those summers in the 1950s became lifelong friends.

She graduated from Romeo (Michigan) High School in 1963, and received a Bachelor of Fine Arts from Cornell University, where she studied printmaking. She worked as a graphic designer for many years in New York, Boston, Virginia, and Maine. Her favorite job was in New York City, where she was an art editor on the American Heritage Dictionary in the 1960s. Being there, she said, was like encountering an early, human-based version of the internet: whatever your question, one of the dictionary’s experts could answer it.

Phoebe was briefly married to Peter Hedblom of Annisquam (Mass.), and together they had a son, Sam. After her marriage to Peter ended, Phoebe met and fell in love with John Nichols. They were married for 38 years, until his death from cancer in 2012. Their new family included John’s three children from his first marriage: Elizabeth, John III (known as Jack), and Joe, who died of cancer in 1986.

Phoebe and John were peripatetic and energetic, filled with wanderlust, and always itching to tackle new things. Among many other adventures, they opened a successful computer store in Waterville, made a foray into the antiques business, and eventually found their way to the local public school system, where Phoebe worked as a librarian. Designing, building, and rehabbing a chain of houses, they were both fearless in taking on big projects. As an adult, Phoebe lived in Round Pond, Newcastle, Damariscotta, Edgecomb, and Sheepscot, with spells in Augusta, Vassalboro, Ann Arbor, Mich., and northern Virginia. She and John were addicted to travel. Together they visited 48 states and went to Canada, Mexico, and Europe, people-watching, sightseeing, and eating their way across a big chunk of the globe.

She was a richly talented visual artist. She showed her unique collages at local galleries; portraits of quirky, imaginary characters, they were a big hit, and many of them still hang on her friends’ walls. Phoebe was a writer, as well, and crafted a vivid series of personal essays. She was justifiably proud of her sense of humor, which was generous, often sly, sometimes downright dark. Active as a volunteer, she worked at the Skidompha Book Shop and joined a hospice choir, among many other activities. She joined a quartet of “Ukeladies,” four close friends whose musical stylings were heard up and down Lincoln County. Another member of this ensemble was Susie Beaudette, her sister and best friend. The two of them could be seen, deep in conversation, on daily walks which took them all over the Twin Villages. Phoebe was a firm believer in the value of a good brisk walk.

People left behind include her son, Sam and his wife Laurie San Martin of Davis, Calif. and their daughters Georgia and Annabel; daughter, Elizabeth Bordman and her partner Anthony Hines of San Ramon, Calif. and her son Max; son, Jack Nichols and his partner Darcy Buerkle of Holyoke, Mass. and his daughter Sarah; and sister, Susan Beaudette and her husband Bruce of Newcastle. Phoebe’s companion Elwin Guthrie, of Damariscotta, was a special presence in the last years of her life; El made her very happy.

Two of her doctors, Dr. Eleni Nackos and Dr. Mili Arora, deserve special mention. They helped Phoebe live the last nine years of her life with dignity and grace.

Donations in her name can be made to Skidompha Public Library, 184 Main St., Damariscotta, ME 04543.