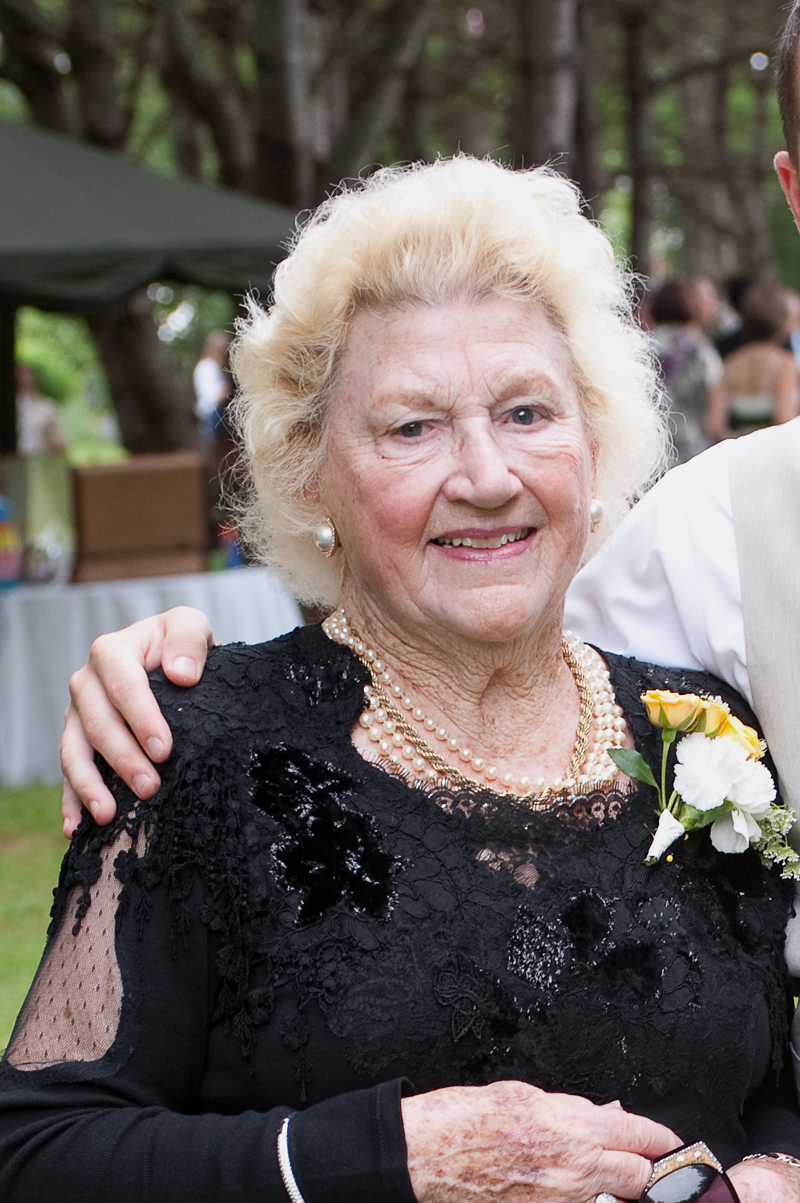 Phyllis Louise (Clemens) McCormack passed away on March 1, 2019 in Maine. She was born on June 30, 1922 during the Presidency of Warren Harding. Phyllis was smart, athletic, good looking, and competitive. Saddled with the limited opportunities afforded women during this era, she attended Lowell State Teacher’s College and obtained her college degree with a focus on education.

She married James (Allie) McCormack in 1950, and raised three children in Medford, Mass., James (Allie), Phyllis Ann, and Michael. She was one of the first “working moms” resurrecting her teaching career in 1960. She taught mostly second grade at the Osgood Elementary School in Medford, Mass. representing that she had Vasco da Gama when he was in the second grade. Hundreds of first and ultimately second graders at the Osgood School in the Wellington area of Medford experienced Phyllis as their teacher. She paid special attention to children who needed an advocate. She taught many of the children of her students and maintained connections with many of her students well into their adult years. She was given a “Key to the City” when she retired.

As a child, Phyllis summered with her family in the Damariscotta Mills area, as did her mother, staying at various homes, including Annie and Gus Nelson’s. She knew the first house in the area with a flush toilet. In 1954 she and her husband “Allie” purchased property on the Salt Bay from Will Bryant and built their family “camp,” slowly growing the camp from a one room shed with a two-seater outhouse to a home for herself and family, where she lived in her later years.

Phyllis was strong-willed, erudite, opinionated, entertaining, and sometimes irascible. She drove a 1972 pink Ford Mustang convertible to match these traits. She always meant well. She loved poetry (committing verse after verse to memory), Rodgers and Hammerstein musicals, Al Hirt, and knew what a “gerund” was. She was one of the first to purchase a Bell and Howell movie camera in the 1950s documenting many family gatherings in the ’50s and ’60s.

She loved her family, especially her grandchildren, teaching them semi-inappropriate “sailor songs” as soon as they were able to speak.

Friends and family are invited to attend a service for Phyllis at St. Francis of Assisi Church, 441 Fellsway West, Medford, Mass. on Saturday, May 11 at 11:30 a.m., with burial services following at Oak Grove Cemetery.

In memory of Phyllis and in lieu of flowers/donations, consider renting or purchasing any Frank Capra movie or a Rodgers and Hammerstein musical and watch it with your family.