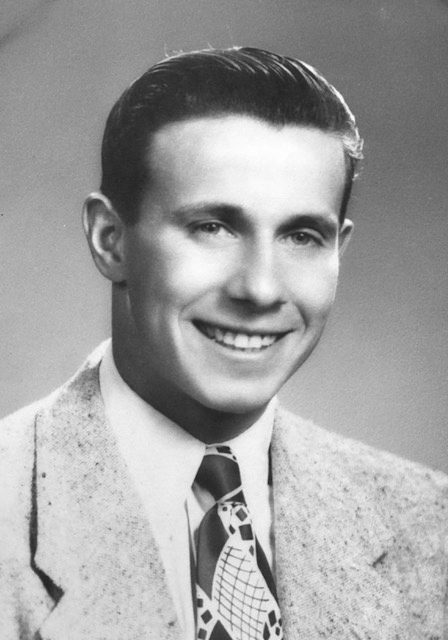 “Poppy” or Otis S. Page, Jr., passed away April 18, 2018 at 87. Otis was born to Otis S. Page “Skeet” and Marjorie Elizabeth Parsons Page on April 7, 1931, the youngest of three boys, Sherman, Cleveland “Cleve” and Otis. They lived on High Street in Damariscotta.

The Page family came from England and settled on the Damariscotta River in Walpole as farmers. The Page’s were co-founders of the Walpole Meeting House, the oldest operating Christian church in Maine, established May 2,1768. William Page fought in the Revolutionary War. Moving to Damariscotta, his cousins, uncle, grandfather and great grandfather owned the Page’s Marble and Granite Works Monument Company. His father owned the Lincoln Movie Theatre, where his mother would play the piano for the silent movies.

His mother, Marjorie, was a teacher at Round Pound before marrying and is a descendant of Lawrence Parsons and Eleanor Young who settled in Cushing in 1734. Their family bible is in the Cushing Historical Society Museum. Lawrence Sr. fought in the French and Indian Wars and lived to be 103. Marjorie’s mother, Isabel Trowbridge Sampson was a descendant from John and Priscilla Alden and the George Soule family of the Plymouth Colony.

Otis attended Lincoln Academy, was class president for three years and student council president his senior year. He was captain of a number of championship athletic teams, member of the Lincoln Academy Athletic Hall of Fame and the National Honor Society.

For college he attended Babson Institute of Business Administration in Wellesley, Massachusetts. He began his career with IBM in Bangor becoming the youngest Branch Manager. He was promoted to IBM’s Navy Programs Manager, then Supplies Division Manager and then Product Marketing Manager. In 1968 he was promoted to IBM Product Planning Manager and moved his family to Saratoga, California.

After he left IBM in 1971, he joined Memorex. In 1973 he co-founded Shugart Associates, which established the first line of commercially available floppy disk storage products.

During his career in the computer industry he served on the prestigious National Academy of Science in the Computer Science Division, Bureau of Standards. He made significant contributions on established government policy on establishing interface standards that helped to revolutionize the computer industry. He became a consultant to the Bureau of Standards to implement the policy.

He then became a specialist in qualifying computer industry companies for investment and took operating positions of Marketing Vice President for five companies and CEO for three companies.

Otis enjoyed his retirement in southern California and loved to tell stories about growing up in Damariscotta, his career, his family and his faith. He became a Christian in 1985 and became a student of God’s word, especially the book of Romans. His favorite verse was Romans 8:30.

He is survived by his wife of 64 years, Allegra “Betty” Love Page, his four children, Lisa, Otis, Richard and Allegra, 11 grandchildren and 4 great grandchildren.