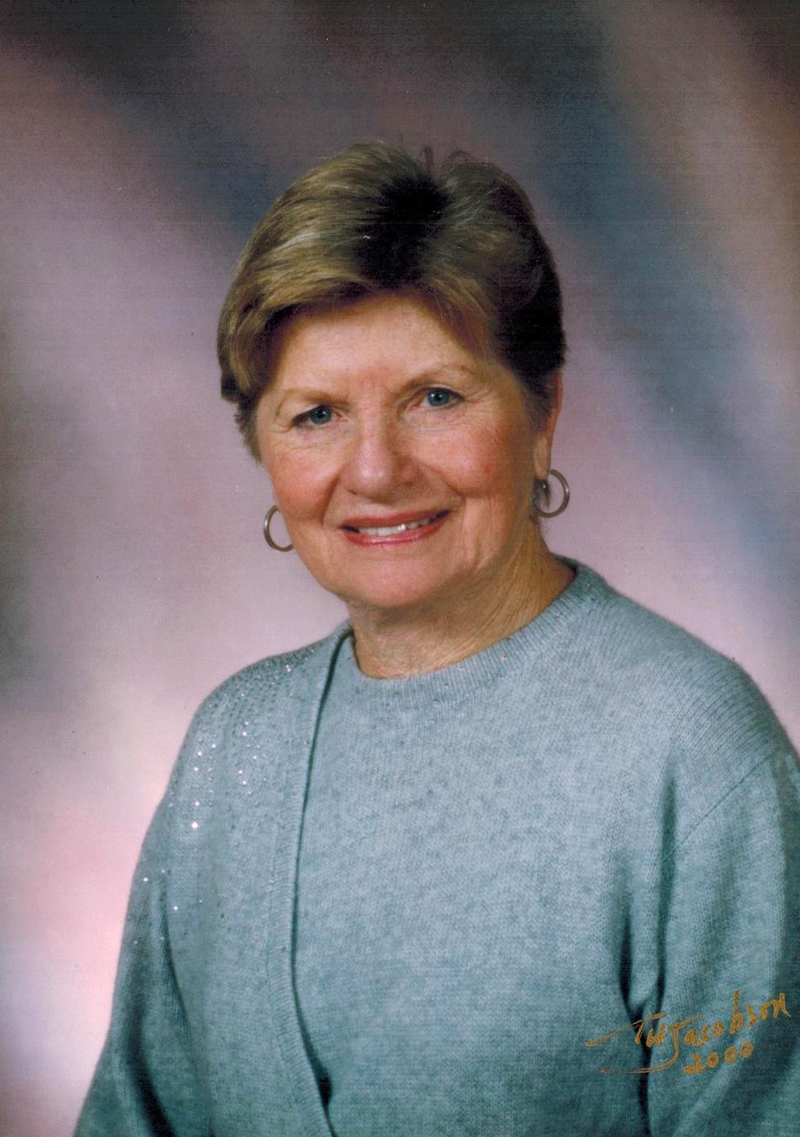 Rachel Kauserud died Aug. 15 in Dallas, Tex. She was on her way to celebrating her 91 birthday.

Rachel was born on the family farm in Seneca, Wis. on Feb. 7, 1928 and was the second daughter of James and Elizabeth Nederloe.

Rachel graduated from high school in Gays Mills, Wisconsin and attended St. Olaf College in Northfield, Minn. She sang professionally in Wisconsin and Chicago during the 1940s and continued this singing career by performing at weddings and singing in various church choirs well into her 60s.

She liked to tell the story that Robert proposed to her at the start of the Korean War – June 25, 1950. They were married Oct. 20 of that same year.

As the wife of a Naval officer she had a transient and not so easy life. When Robert came ashore and became a salesman, life was just as flexible and they lived in several different cities from 1950 to 1963.

Rachel did very well in these conditions and raised five children while expanding outside interests.

She became a runner before it was chic and played tennis into her 80s. She shamed Robert into becoming more active by running him into the ground in a fifteen minute fitness run when she was 35.

While she had the outward appearance of the 50s era “stay at home mom,” there was strength behind the façade.

Robert and Rachel lived in Howell, Mich. for almost 30 years and then retired to Maine.

While living in Round Pond, Rachel was very active in helping hands and several other charities.

Both Rachel and Robert said that their over 20 years in Maine was the happiest period of their lives.

Rachel will be missed by all that knew her.

Rachel was preceded in death by her husband, Robert; sisters, Geneva and Adeline; and son, Robert L. Kauserud Jr. (Lasse).