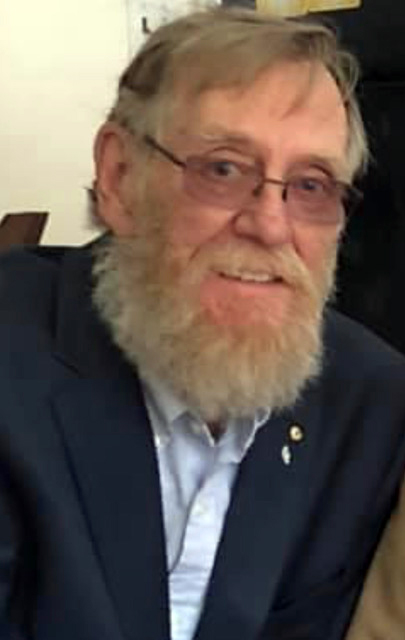 Ralph had many talents: He worked in tactical aircraft maintenance for the United States Air Force and was also a butcher and meat department manager in Dennisport. During a tumultuous era, in 1964 Ralph joined the Medfield Police Department where he was known for his integrity and kindness. A line-of-duty injury in 1974 prompted him to forge a new path as business owner.

He formed RGK Heating Service and Knowles Simoniz Glass Coat Company. He was active in the Medfield Baptist Church, the American Legion Beckwith Post 110, and the Walpole Gun Club. He was a founder of Family Work Camp, Oceanwood, in Ocean Park.

One of Ralph’s proudest achievements was joining the Freemasons in the 1970s. He held many positions in Massachusetts and Maine and advanced to District Deputy Grand Master and Junior Grand Warden at the Grand Lodge of Maine. As a Mason, Ralph launched a scholarship and the CHIPS child identification program. Ralph was also a member of the Scottish Rite of the Freemasons whose mission is “to aid mankind’s search for identity and destiny in God’s universe, producing wiser men in a wiser world, happier men in a happier world, and therefore better men in a better world.”

Ralph was an avid hunter, fisherman and boater. He realized his dream and relocated to Bremen in 1985. For many years, he ran the boat house at the Lake Pemaquid Campground coordinating water activities and helping people have the best vacation possible. Ralph’s love of the ocean and the lakes of Maine led him to be active in the Damariscotta Lake Watershed Association. He also helped to revive the Bremen Union Church.

In addition to his many hobbies and philanthropic activities, Ralph enjoyed a 24-year career at Colby & Gale, Inc., an energy company, where he was a prestigious master specialist serving Lincoln County.

Ralph’s larger than life, generous and fun-loving personality was contagious. He will be greatly missed by all those who knew and loved him.

A memorial service will be announced, and held, in June.