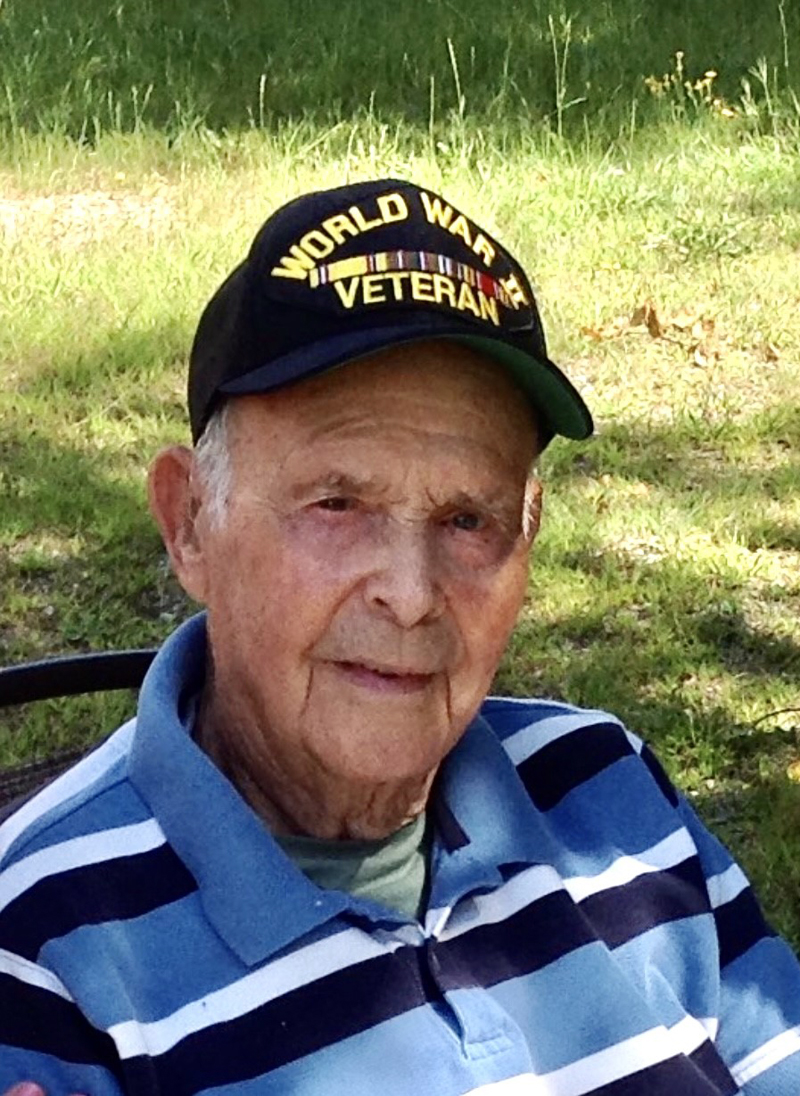 He loved God, his country, his family, sports, raising cattle, and ice cream with maple syrup.

Ralph graduated from Lincoln Academy in 1942 and went to work at Marr’s Shipyard in Damariscotta. He enlisted in the Army Air Force in 1943. He was a flight officer and trained as a B-24 pilot. He graduated from the Columbus Army Flying School in Mississippi.

After returning home, he started dating a beautiful, vivacious girl, Priscilla Hom, who lived just three houses down from his. They married in January of 1950 and built a home just up the hill from where they grew up. There they raised four children.

From a young age, Ralph raised, trained and showed steers at Maine fairs. He made and sold yokes and bows in Maine and many other states. His son, David, carries on this tradition. David also has continued Ralph’s Christmas Tree business.

Ralph was an exceptional baseball player and in 2013, was inducted into Lincoln Academy’s Sports Hall of Fame. He won every game that he pitched and batted .500. His love of sports was passed on to all his kids, but especially to Dana.

As a talented woodworker, he built several of his kids’ homes and many heirloom pieces that are treasured by family and friends. One of his most lasting legacies is the vast number of old photos and knowledge of Jefferson that he provided to the Jefferson Historical Society.

Ralph lived in Jefferson until 2017, when he moved to his daughter’s home in Walpole. He died peacefully on April 30, 2022, with Julie and Larry by his side.

Ralph was predeceased by his wife, Priscilla, who died in 2015; their son, Jim, who died in January 2022, and his two brothers, Raymond and Clifton.

Visiting hours will be held from 5 to 7 p.m. Friday, May 6, at Hall Funeral Home, 949 Main St., Waldoboro. A funeral service will be held at 1 p.m. Saturday, May 7, at the First Baptist Church in Jefferson. A private burial will be held for Ralph and his son Jim at a later date.