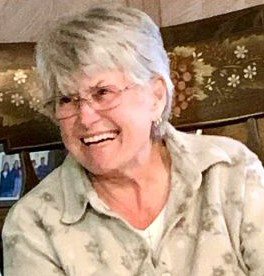 She was born Jan. 24, 1947 in Gardiner, the daughter of Raymond and Geraldine (Taylor) Rankins Sr.

She attended Gardiner schools. Ramona enjoyed camping, watching the birds, family gatherings and knitting hats and mittens for the warming centers and for school children.

She worked at KVCAP in the transportation department for many years. Summers she drove the blueberry bus for Pearl Boynton. She was a food service worker at MSAD #11 and the Whitefield Elementary School.

Per Ramona’s wishes there will be no services and burial will be at a later date.

The family wishes to extend their thanks and gratitude to MaineGeneral Hospice of Maine.

Arrangements are entrusted to Funeral Alternatives of Augusta.

In lieu of flowers, donations can be made in memory of Ramona to MaineGeneral Hospice of Maine.