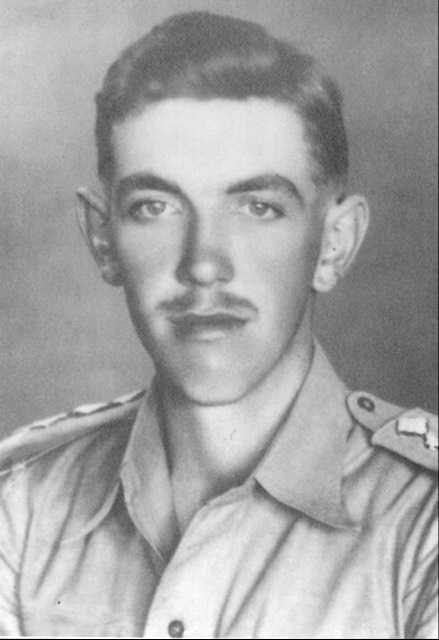 Reginald Robert Charles “Bob” Howell passed away with his family by his side at Maine Medical Center on Sept. 18, 2021.

Born between the World Wars in Exeter, England, to parents Reginald and Beatrice, Bob served in the Local Defence Volunteers (the humorously portrayed “Home Guard” of TV show “Dad’s Army” fame) while still at high school.

His family and friends will long remember his entertaining stories about defending England’s southern coastal roads armed with just a wooden pole, a rifle with ammunition that didn’t fit, and coins for the “phone box to call for help if the enemy did in fact appear.”

He enlisted in the Dorsetshire regiment of the British Army in 1940, and in 1942 he was commissioned into the Indian Army, serving in India, Burma, and Malaya until his release in 1946 when he went on to become involved in forestry in Burma, extracting teak – with the aid of a troop of 80 elephants!

In 1948, he returned to England and married Jeannette (Jan), the love of his life. They met during a furlough in 1947, on a day he proclaimed, “The luckiest day of my life.”

Bob had a long and successful business career, evolving into senior positions in the U.K. at several companies including H.J. Heinz, General Mills and eventually as managing director for Europe, Middle East and Africa for Bristol Myers.

What he planned as a calm pre-retirement role as managing director of the eponymous Ex-Lax company in the U.K. saw him moved in 1976 to become head of that company in New York, and later president of Bachmann Foods, both of which were divisions at that time of the General Cigar Company.

He then took the helm of the fledgling Telecheck organization in Denver, which during his tenure was acquired by the Boeing Corporation, where Bob ended his career in 1989 as a corporate vice president.

He then settled in Maine in the house in Pemaquid he and Jan had purchased many years earlier, and became active in several local organizations. He was most recently president of the Friends of Colonial Pemaquid. Bob felt very much at home in Maine, where he lived longer than he had anywhere else in his life. He loved the state and particularly admired the friendly yet independent spirit of its people.

Jan predeceased him in 2006, and he is survived by three children, Josephine (and son-in-law John Kmetz), of Bath; Adam (and daughter-in-law Jayne), of Doylestown, Pa.; and Matthew (and daughter-in-law Donna), of Allendale, N.J.; and five grandchildren, Henry, Arlene, Charles, Victoria, and Beatrice.

Bob’s lifetime motto was: “Frequently wrong, but never in doubt”.

Bob will be greatly missed by his family and many friends, and will be remembered for his razor sharp intelligence and wit, boundless curiosity, and generous spirit.

A celebration of Bob’s long and well-lived life will be held at a future date.

In lieu of flowers, please consider making a donation to the Salvation Army, a charity long supported by Bob who appreciated their focus on strong support for those in need balanced by low administrative costs, and also because they were responsible for finding and saving his father in World War I.