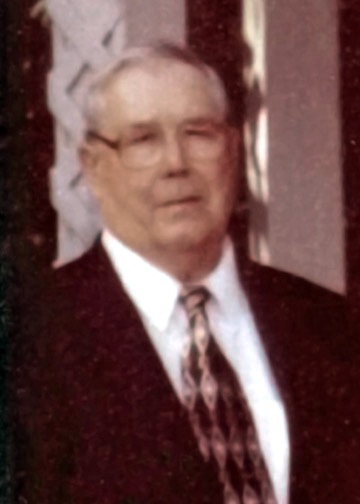 Richard Bryant Bedell, 89, of Bremen, passed away on Dec. 8 at the Maine Medical Center in Portland. Born in Wilmington, Mass. on Aug. 30, 1927, he was the son of the late LeRoy and Vilma Bedell.

After receiving his high school diploma in Wilmington, Richard served in the U.S. Army during WWII. Coming home, he embarked on a career spanning 40 years as an engineer with B&M Railroad and later with Amtrak. He raised six children in this time. In 1988 he retired to Bremen with his wife, Janice. Serving on the Bremen Cemetery Committee, he was also vice president of the Bremen Historical Society. An avid reader and scholar of history, he loved boating along the Maine coast.

A graveside service will be held at the Wildwood Cemetery in Wilmington, Mass. in the spring.

In lieu of flowers, donations may be made to the Bremen Historical Society, c/o Bremen Town Office, P.O. Box 171, Bremen, ME 04551; or Congregational Church of Wilmington, 220 Middlesex Ave., Wilmington, MA 01887.

Condolences and messages for the family may be expressed by visiting www.StrongHancock.com.