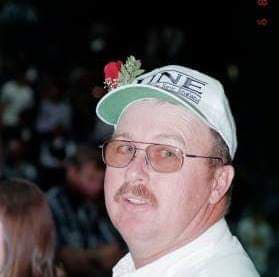 Richard attended Erskine Academy. He began his working career at the Haskell Horse Farm in Palermo. He extended his career into the logging industry, working in the woods and driving a pulp truck. Recently, he worked as a cross-country truck driver.

Richard was an avid outdoorsman. He could be found anywhere scouting, trapping or hunting. The greatest hunts were with his family, hunts that included deer, turkey, moose and most recently bobcat. While in the woods, Richard had a knack for finding unique pieces of wood that could be repurposed into canes, plaques, or mounts. Richard also enjoyed pruning and “babying” his fruit trees and was an excellent gardener (though he was impatient when waiting for the seeds to turn to sprouts). His gardens, whether vegetable, fruit or flower, were always big, beautiful and full of buds and growth.

Richard was a very social man. Conversation was made wherever he went and he always left you with a smile.

Coloring became a new hobby most recently, to occupy his time in between appointments and treatments. He loved keeping his colored pencils sharp and giving away many of his finished pieces, which included his signature initials “RCP” etched on the bottom of the artwork.

Richard had many accomplishments that he was proud of, the family home that he built in Somerville and raising his family there being the proudest. Becoming a Puppa topped the list of accomplishments.

At his request, there will be no public visiting hours. Following cremation, a celebration of life will be held at 1 p.m., Sat., Jan. 19 at the Palermo Christian Church, 322 Branch Mills Rd., Palermo.

Should contributions be desired, friends and family can follow up with Richard’s children.

Arrangements are under the care of Plummer Funeral Home, 983 Ridge Road, Rt. 32, Windsor.