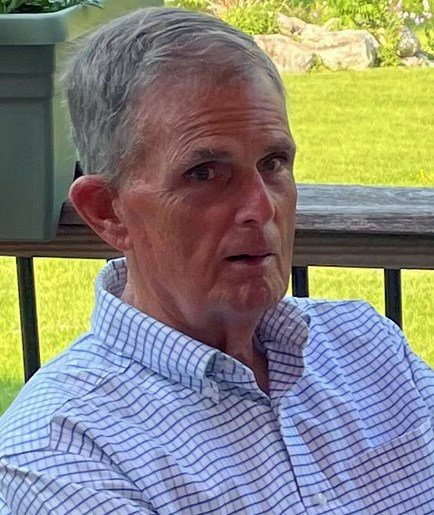 Richard Curtis Masters, 81, of Round Pond, passed away on Oct. 23, 2022 at Sussman House in Rockport. The son of George S. Masters and Edith Mae Masters, he was born on May 21, 1941, at Miles Memorial Hospital in Damariscotta.

He attended grammar school at Washington School in Round Pond until it closed in 1954, and later attended Bristol High School, graduating in 1959. As a teenager, Richard worked for Bill Ropes at Cities Service Station, spent a summer fishing with Ab Gilbert and Clelle Genthner, hauled a few traps and mowed lawns. Richard was ambitious and a hard worker.

In 1957, at 16, he started working for his father, George S. Masters, when George started Masters Machine Company, in the old Washington School building in Round Pond. Richard would spend his entire career at Masters Machine working his way up from machinist to president, and was a driving force behind its growth from a one room machine shop to the highly respected manufacturing facility with a global imprint that it is today.

Richard raised two children with his former spouse, Kathleen, and was a loving and devoted father. His children have many fond memories of spending time out on the boat, island picnics, vacations at the cottage, snowmobiling and skiing. Richard never stopped being a parent and was always a strong stable presence in his children’s lives.

Richard was a loving husband to his wife Martha of 36 years. Richard and Martha loved to spend time out on the boat, eating out, visiting with friends, and especially enjoyed their time spent in Venice Florida and exploring the Gulf coast.

In his later years Richard loved being Grampy to his three grandsons and Gump to his two step-grandchildren. Richard loved his kitties, Coke and Dolly, and was known to be very particular about what brand and type of vanilla ice cream Coke would eat each night. Richard had many pets from cats, dogs, and horses throughout his life and loved them all dearly, including his grand dogs. Richard was a lifelong member of the Masonic Masons.

A time of visitation will be held from 4-6 p.m. on Wednesday, Nov. 2 at the Strong-Hancock Funeral Home in Damariscotta. A service for Richard will be held at noon on Thursday, Nov. 3 at the Little Brown Church in Round Pond. He will be laid to rest privately in the Chamberlain Cemetery.

In lieu of flowers please make donations to The Helping Hands of Round Pond.