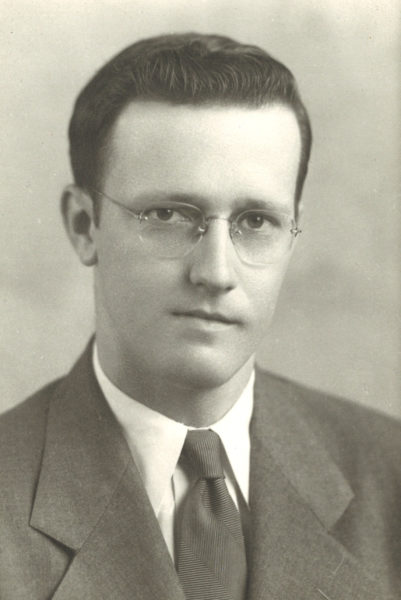 Richard D. Waterman, MD, 93, of Waldoboro, died peacefully on Oct. 20 at the Sussman House in Rockport. Richard was born on North Haven, Sept. 19, 1923 to parents Oscar E. and Kathleen Gilchrist Waterman. Richard lived next door to the village school and was so anxious to join the children he saw in the schoolyard, he was allowed to start school while still four years old. He loved his school days and his school chums. A recent sorrow was the death of his classmate Lewis Haskell.

He was working his way through the University of Maine in Agricultural Engineering when he was drafted into the U.S. Army in 1943. He was sent to see the U.S.A. from Maine to California, training in several different Army camps. While at Camp Hood in Texas, he was baptized and accepted into the Brook Avenue Baptist Church in Waco, Tex. He was enrolled in the Army Special Training Corps and sent to Lawrence, Kan., to the medical school at KU, where his group of Army recruits underwent accelerated medical training. While there, he met Dorothy Dean Stump, also a medical student. They were married on Jan. 3, 1947, in her parents’ home in Kansas City, Mo. They worked together in their medical practice and life, while raising three children. Their son Jack, also a KU med school alumnus, joined the family practice in 1980. At the time of Dr. Dorothy’s death in 2009, they had celebrated 62 years of marriage.

After Richard’s graduation from medical school in 1948, he interned in Bangor, at Eastern Maine General Hospital. The young couple set up practice first in Friendship, with help from Dr. and Mrs. Hahn. Their first two children were born before the family moved to Main Street in Waldoboro in 1953, and the third child arrived after the move. The doctors’ office was in the family home for many years. This was fitting, because Dr. Richard thought of his patients and their families as part of his own. For two years ending in 1956, he was a captain in the U.S. Air Force, most of that time at Sampson AFB in Waterloo, N.Y. He practiced in the Waldoboro area until his retirement in 1985. He was busy with car repairs, working in a wood lot and vegetable gardening until eventually he went into 24-hour care for Dorothy. Richard tended to her lovingly until her death. His remaining years have been spent reading voraciously and telling many stories to friends and family.

He was preceded in death by his parents; and younger brother, John (Ann) Waterman of North Haven.

The family suggests memorial gifts may be sent to the Waldoboro Public Library. The kindness of library staff in supplying both our parents with reading material will never be forgotten.

Services will be at a later date.

To extend online condolences, light a candle for Richard or to share a story or pictures, please visit his Book of Memories at www.hallfuneralhomes.com.