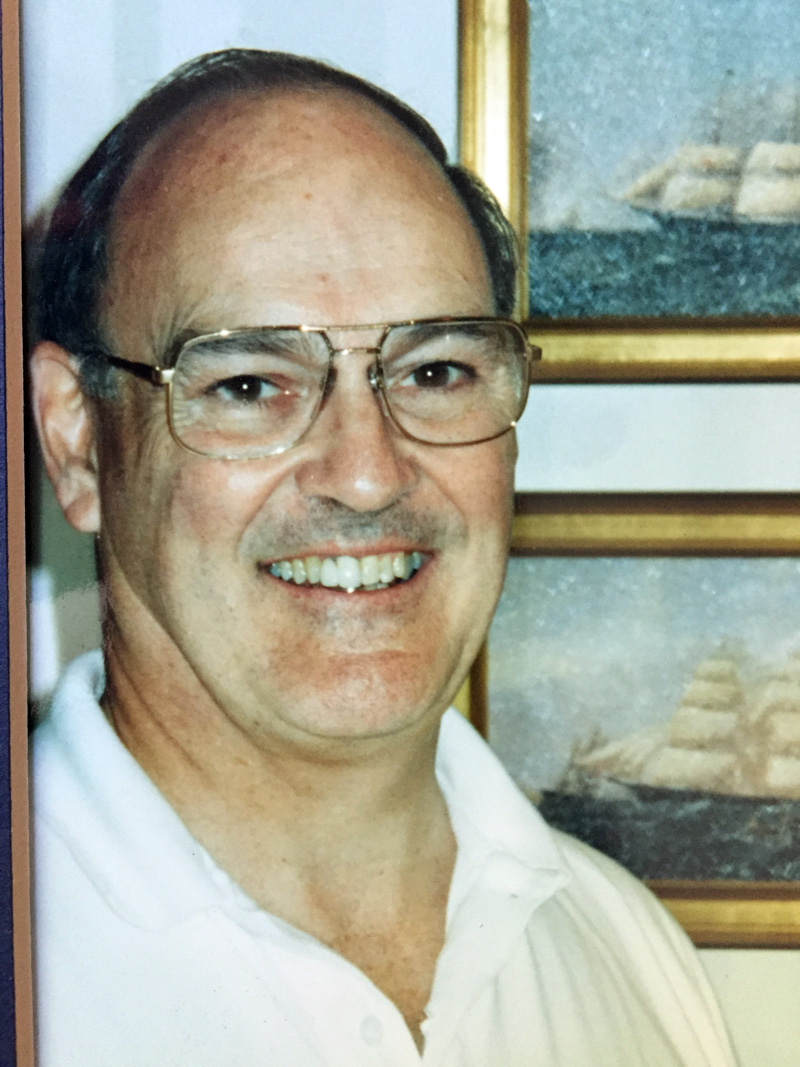 After a brief illness, Richard “Dick” Ronan died at dawn on Wednesday, Aug. 31, 2022, in the arms of his wife Cathy. He was born in Tulsa, Okla. in 1933, the second son of Thomas and Susan (Driscoll) Ronan. His parents, originally from Ithaca, N.Y., moved to Tulsa when Thomas took a position with the Ethyl Corporation’s gasoline research division. After Susan’s untimely death in 1936, the young family returned to the East Coast, settling in Larchmont, N.Y. Thomas’ sister Mary mothered the two boys.

As a youngster Dick learned the art of sailing from the yachting icons Arthur Knapp and Cornelius Shields at Larchmont Yacht Club. The sport became a passion that shaped his life. He became an avid competitor in many different classes including distance racers, Shields, 210s, Finns, Interclub Dinghies, and an America’s Cup campaign aboard Columbia. Through the years he reached out to newcomers to the sport and he was always willing to share his experience and tactical knowledge with fellow competitors. He was committed to good sportsmanship which was acknowledged by Larchmont Yacht Club when he was awarded the Barker Trophy for sportsmanship on three separate occasions. In 1991 he was the first recipient of the David Pryor Trophy (the YRA of Long Island Sound Sportsmanship Award).

Dick graduated from Dwight Prep in Manhattan and Lehigh University in Bethlehem, Pa., where he was a member of the Delta Tau Delta fraternity and the ice hockey team. Upon graduation, Dick worked briefly for Shields & Co. He left Wall Street to begin an executive position at Day & Meyer, Murray & Young, a moving and storage firm in Manhattan, specializing in art and antiques, where he spent the rest of his career. In 1963 Dick married Cathleen McCabe. They raised their three children in Larchmont, where they had both grown up. Dick passed his love of sailing to both of his sons – enjoying being crewmates on the Marblehead to Halifax Race with Tim, and the Newport Bermuda Race with Dan.

Dick became a member of the Larchmont Volunteer Fire Department in 1964. His 35 years of service with the LVFD included eight years as chief. He was highly respected for the training programs he developed for the department. After his retirement in 1999, Dick and Cathy moved to New Harbor, which was the fulfillment of a young man’s dream. The state of Maine was a great love. Dick first laid eyes on the Maine coast through a fog, from the top of a mast while making a repair during a race to Nova Scotia. He knew immediately that he would live there one day. Soon after settling in Maine, Dick began serving in Bristol Fire and Rescue, dedicating another 10 years to the fire service.

In all aspects of his life, Dick was hardworking, generous and loyal. He was devoted to his family and to his beloved pets. In recent years he spent many hours walking his cherished Shetland sheepdog, Duffy, at Pemaquid Point. He will be deeply missed by his family and friends.

Dick was predeceased by his son, Tim; and brother, Tom. He is survived by his wife, Cathy; son, Dan; daughter, Jeanne; daughter-in-law, Karen; and grandchildren, Allison, Katrina, and Steve.

A service will be held at 10 a.m. on Monday, Sept. 12 at St. Patrick’s Church in Newcastle. Following the mass and burial there will be a lunch reception at The Bradley Inn in New Harbor. If you wish to honor Dick’s memory, please do a good deed.

There will be a visitation on Sunday, Sept. 11 at Hall’s Funeral Home in Waldoboro. Please visit hallfuneralhomes.com for hours.

Hall’s of Waldoboro has care of the arrangements. To extend online condolences, light a candle for Dick, or to share a story or picture, visit his Book of Memories at hallfuneralhomes.com.