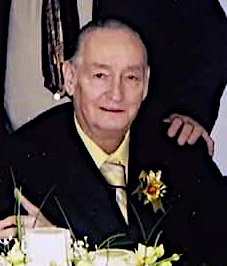 He was born in Richmond on Oct. 31, 1940, a son of Joseph M. and Italy (Hatch) Mansir. He graduated from Richmond High School and on Dec. 25, 1959 he married Deanna H. Bailey. Dickie was employed at Bath Iron Works for 45 years, retiring as a designer.

He attended church at Living Waters Church of God in Melbourne, Fla. under Pastor Ken Ellis.

In his early years he was a musician and guitarist for the band Scavengers and enjoyed collecting guitars.

He was predeceased by his wife, Deanna H. Mansir, on Jan. 26, 2015; one half-brother, Edward Mansir; and one half-sister, Virginia Mansir.

Burial will be held at Pine Grove Cemetery in Dresden at a later date.