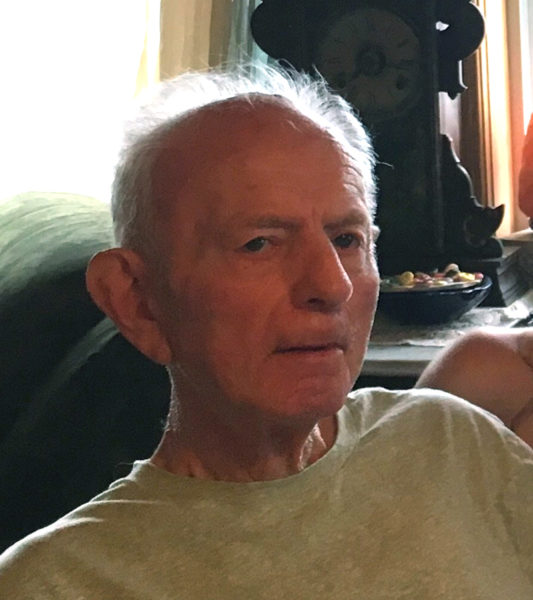 Our beloved husband, father, and grandfather, Richard L. Reed, 84, passed away on Nov. 7 after a long illness.

The son of Clinton and Helen (McLain) Reed, he was born in Pemaquid Beach on March 28, 1932. Richard attended schools in Bristol and the Ogdensburg (NY) Free Academy.

After several moves in his early days, Mr. Reed’s family settled in Bristol where he worked in the area until 1951, enlisting in the Army Reserves. He was then drafted into active duty for the Korean War until his honorable discharge in 1953. He returned to Maine to work in the Bristol area, when he met his sweetheart, Nona P. (Francis) Reed of Newcastle.

Richard and Nona married in 1958 at the First Congregational Church in Newcastle and spent the next 58 years forming a close and loving family of five children, 10 grandchildren, 5 step-grandchildren, and many nieces and nephews, making their way to South Portland, where Richard would spend 30 years working for the City of South Portland, Parks and Recreation Department.

Most in the Parks Dept. knew him as Dick and evidence of his masterful woodworking skills can be found throughout public buildings in South Portland. He had much to do with the care, maintenance, and improvement of Mill Creek Park and construction projects and grounds at all South Portland’s schools. As part of the snow removal crews, he spent many overtime hours ensuring that all public buildings and schools were clear. His family remembers many exciting Christmas Eves of being awaken very early so he could share in the opening of presents with them before trotting off to make sure that rest of South Portland had clear roads and parking lots. The South Portland City Council honored him in 1993 with accolades for his service to the city.

In 1994, Dick and Nona moved to Ocala, Fla. where they retired. After 11 years, they returned to Maine to be back with their “pot of gold” family, Dick quipping that there were “too many old people” in Florida.

Living in North Yarmouth for a short time, Dick suffered a stroke in 2005, courageously battling back and within a year, was able to have a reasonably normal life again.

Dick and Nona then moved to Westbrook. Within the past few years, symptoms of Dick’s stroke returned that he has battled with, until now.

Besides his wife, survivors include their children and spouses, Misty L. (Reed) and Bill Campbell, Richard L. (Jr.) and Kathy Reed, Alan E. and Paula Reed, Kristy A. (Reed) and Greg Norton, and Jonathan N. and Susan Reed.

Condolences may be sent to The Family of Richard Reed, 232 Main St., Gorham, ME 04038 or visit www.dolbyfuneralchapels.com.